Before the US began its heinous intrusion in Cuba and isolated it internationally, American citizens used to spend their vacation in the splendid island nation. But after the imposition of embargo, all travel between the two countries halted 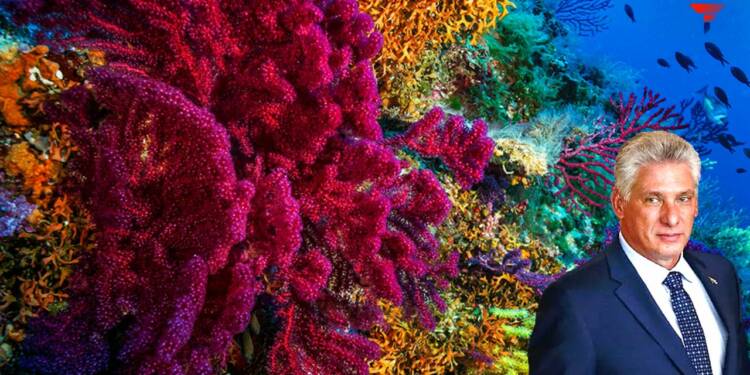 In the 1950s, the Caribbean nations’ economy shifted its focus from agriculture to tourism. During this period, a large number of tourists, particularly Americans, were drawn towards the beautiful beaches and appealing blue waters of Cuba.

It benefitted Cuba’s economy, however, it adversely impacted the coral reefs. As these tourists touched, broke off and polluted the reefs, which resulted in coral bleaching. And when corals are bleached, they die and are no longer useful for the biodiversity of the sea.

But in the wake of the Cuban revolution which brought communist leader Fidel Castro to power, the relations between the US and the Latin American nation severed. Eventually, the US imposed the embargo in 1962, banning all kinds of trade and travel.

Surprisingly, this had positive impacts on the coral reefs of Cuba. Five decades of no American tourists culminated in healthier and pleasant coral reefs in the 770-mile-long island. The Cuban government took additional measures to preserve the coral reefs in order to protect marine life.

Cuba’s vigorous coral reefs, some of the most appealing in the entire world, are the products of stringent environmental policies implemented by the government and lack of tourists from countries like the US. The embargo benefitted the marine ecosystem of Cuba, it ensured that the natural resources were not tampered which was earlier occurring rampantly.

However, in June, the US government announced that it is reversing some of the policies of the Trump administration and stated that American citizens will now have the option to travel to Cuba. In an order, the US Transportation Department notified that airlines will again start flying to Cuba.

This is not good news for coral reefs of Cuba which have been able to maintain their uniqueness owing to the travel restrictions barring Americans from visiting the island nation.

It is now certain that American citizens will once again start travelling to Cuba, which will have adverse repercussions on the coral reefs in particular and the marine biodiversity in general. With this, the island nation will certainly lose its charm. And in addition to the loss of its ecology, Cuba’s fishing industry will also suffer.

Therefore, the Cuban government needs to realise that opening its nation to the US, which systematically destroyed it politically and economically, will also devastate its marine ecosystem. While tourism is a significant part of the island nation’s economy, it must be promoted but simultaneously a balance must be maintained. The attainment of financial progress must not take place at the expense of the coastal environment.