The most notorious and renowned for its crime rate in the Caribbean is Jamaica. Jamaica has one of the highest levels of crime and violence. People want PM Andrew Holness to take some stringent actions, but he is just a colossal failure 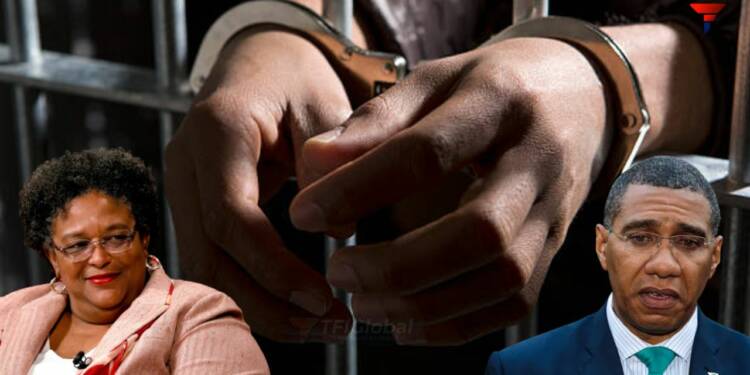 On 1st January 2023, Barbados Firearms Amendment Act 2022 came into effect. The act has been constituted to legalize more severe fines and penalties for gun-related crimes in the nation.

After the implementation of the firearms act, the government of Barbados released a statement stressing that “under Section 29(2) of the Act, a person who aids, abets, counsels or procures another or conspires with another to commit an offence under this Act, is guilty of an offence and is liable to the same punishment as is provided for that offence”.

Not only this, reportedly, section 30 of the act allows for the penalties for offences under the legislation. It notes that for a first offence, a convicted person could serve a sentence of 10 to 20 years in prison, and for a second offence, a sentence of 20 years to life in prison.

The statement further added, “In the case of a first-time offender, the court has the option to impose a fine of BDS$100,000 (which equals $50,000) in addition to the term of imprisonment.”

For the unaware, crime is indeed on the rise in Barbados. Barbados recorded more murders last year than in the previous year. In 2021, Barbados recorded 32 murders; however, that figure was surpassed in 2022, with the authorities acknowledging that in November last year, when 38 murders were recorded then, 29 were firearm-enabled.

Barbados believes that the major reason behind the sudden crime rise is the trafficking of illegal guns. Prime Minister Mia Mottley often in her interviews and statements has acknowledged that the first order of business must be to reduce the flow of guns and “start to deal with the mindset of those who believe it is ok to kill somebody”.

Ms. Mottley has a clear vision that the Government must not instruct the police on how to do their job, and stressed that Commissioner of Police Richard Boyce is in full control of the Barbados Police Service’s operations and public safety.

This might be the major reason why Barbados has instituted more severe fines and penalties for gun-related crimes in the Firearms Amendment Act 2022.

Read More: It’s time to throw the West out, Jamaica makes it loud and clear

Well, the measures could actually do the work for Barbados. But, 2000 km away from Bridgetown, Jamaica has failed to tackle the crime.

If one recalls, Jamaican Prime Minister Andrew Holness declared a state of emergency for some areas of the country nearly a month ago due to an increase in crime. This came after the U.S. State Department issued a travel advisory advising people not to visit particular regions of the nation because of high crime rates.

The nation saw a 64% decline in murders during the last emergency which was promulgated in November this year. However, immediately after the end of the emergency. Crime returned with a bang.

Despite this, Mr. Holness still had the audacity to say that crime can only be curbed after changing the hearts of the criminals and with SOE.

Today, Jamaicans are enduring a leader who is so blind and ignorant of the real crisis facing the nation. The cycle of crime will refuse to die down in Jamaica because it has a government that is not recognizing the real factors that are causing the problem in the first place.

Read More: Dear Jamaica, why is this Canadian tyrant even on your soil?

When comparing Jamaica and Barbados at this time, you’ll see that it’s almost like comparing apples and oranges. Barbados is targeting criminals where it hurts, whereas Jamaica is of the opinion that changing the criminals’ hearts will be good for the country.

In reality, Crime won’t decrease in Kingston because it is waiting for a miracle to happen. Holness is turning blind for criminals and the chaos is just widening. It’s time that Jamaica must take lessons from Barbados on how to deal with miscreants.