It must be noted that the notion of “One Caribbean” Act was of the opposition UPP. It would have facilitated the enhancement of votes for Harold Lovell in the general elections 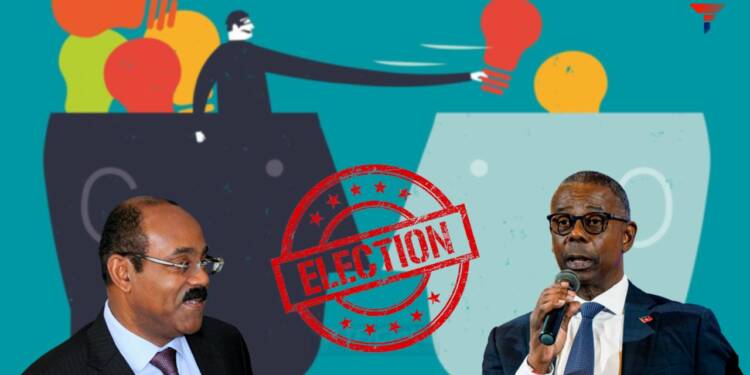 Gaston Browne: Recently, the leader of the main opposition United Progressive Party (UPP) in Antigua and Barbuda, Harold Lovell, said that if his party wins the upcoming general elections, it will enact a law which will exempt work permit fees for nationals of the CARICOM (Caribbean Community) and the Dominican Republic.

Sadly for Lovell, he was not aware that prime minister Gaston Browne was listening to him carefully when he made the announcement.

UPP’s plan and its impacts

Calling the legislation as the “One Caribbean” Act, Lovell stated that the work permits will be replaced by the “One Caribbean Employment Stamp”, which will be applicable in all the industry and job positions.

The UPP emphasised, “Therefore, Guyanese, Jamaicans and other CARICOM nationals, as well as nationals from the Dominican Republic who have been living and working peacefully among us before 1st January, 2023, will no longer require a work permit. This represents further advancement towards the Caribbean Single Market and Economy (CSME) and regional integration.”

Now, we at TFI Global explained how this policy proposal will benefit Antigua and Barbdua in particular and the Caribbean community in general.

The One Caribbean Employment Stamp gives an opportunity to Caribbean nations who are compelled to go to nations like the US for employment. And there, they are subjected to the lengthy procedure of acquiring the Employment Authorization Document (EAD), the document is indispensable in order to get a job in the US.

Therefore, rather than going to the US and subjecting oneself to its lengthy paperwork in order to obtain the EAD, what CARICOM nationals can do is look for employment opportunities in Antigua and Barbuda where the “One Caribbean Employment Stamp” will ease their tension.

This has compelled the Dominican authorities to deploy massive resources in cracking down on illegal migrants who are working in the nation without any documentation.

But with “One Caribbean Employment Stamp”, this issue can be resolved. Luis Abinader’s regime can provide this document to only those migrants who are in the country legally. This will facilitate the Dominican state in identifying people who don’t have the requisite legal documents.

Read more: If “One Caribbean Act” is passed, the fortunes of the Caribbeans will change forever

However, unfortunately, the policy idea of the UPP has been appropriated by prime minister Gaston Browne.

As on 8th October, Browne’s administration announced that it is abolishing the requirement of work permits for nationals of CARICOM community countries who are employed in Antigua and Barbuda from 1st January this year.

The government has also stressed that taking into account its commitment to the goals of the CARICOM, this policy measure will also apply to people from the Dominican Republic.

Emphasising that nationals from CARICOM and the Dominican Republic will not be compelled to pay a work permit fee, Browne’s regime said in a statement, “These decisions are an acknowledgement of (i) the role that our Caribbean brothers and sisters have played, alongside native Antiguans and Barbudans, in the development of our country; and (ii) the need for labour as our economy expands.”

It must be noted that the notion of “One Caribbean” Act was of the opposition UPP. It would have facilitated the enhancement of votes for Harold Lovell in the general elections which will be held on 18th January. But sadly for Lovell, his dream to come to power has been destroyed by Gaston Browne.

Read more:  Does Antigua and Barbuda have the most flawed Immigration system in the Caribbeans?

Gaston Browne actions reflect opportunism. It shows every politician prioritises his electoral gain first. Which is precisely what Gaston Browne did here. The idea belonged to Lovell, no doubt about that but there are no laws which bar a politician from plagiarising their rival’s idea. Luckily for CARICOM and the Dominican Republic, this step will be beneficial in the long run as it will consolidate the regional economic integration of the Caribbean region.