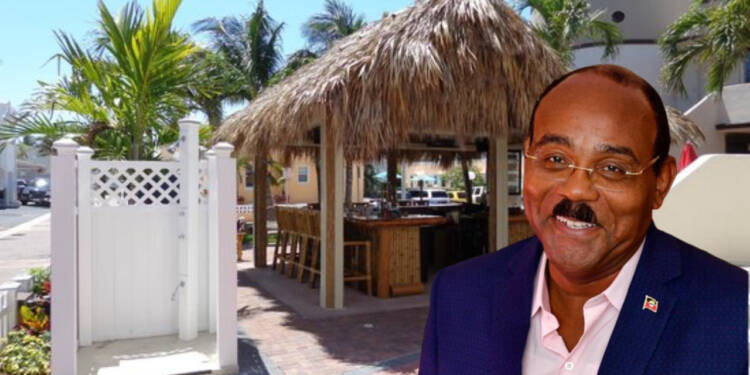 BBC Antigua and Barbuda ‘The Apprentice’: Antigua and Barbuda are both low-lying islands whose terrain has been influenced more by limestone formations than volcanic activity. But, man o man what a beautiful creation of mother earth this island has been.

From the crowded Pigeon Point to the kitesurfing haven of Jabberwock Beach, Antigua has hundreds of beaches. It’s fun to switch things up—spend one day in a quiet cove and people should ideally visit these destinations.

At Reservoir Range, archery and air pistols are enjoyable ways to relieve any pre-holiday stress when you’re sick of the sun and sand. To further elevate these lovely islands’ beauty and increase their exposure, a new era of tourism is about to start as Hollywood is visiting to promote the nations.

BBC collaborates with Antigua and Barbuda

In a bid to promote tourism, the Antigua and Barbuda Tourism Authority proudly announced a major partnership with the world’s leading public service broadcaster, the BBC, which featured Antigua and Barbuda in the first full episode of the hit reality business documentary series The Apprentice.

The new season which started on 5th January 2023, premiered with the first episode dedicated entirely to Antigua and Barbuda.

In the show, many local businesses and locations, from Rum tasting at Shirley Heights with Quin Farara Wine & Spirits to Panache Steel Orchestra pan lessons within the Nelson’s Dockyard National Park were promoted.

Most importantly, the airing took place during the peak booking period which is ideal for the nations, as it aims to attract travellers thinking of escaping the cold. Make no mistake, this is a huge promotion to start off the year and is the momentum that we will continue to build on as it will continue to promote Antigua and Barbuda throughout 2023.

Antigua and Barbuda is known as a luxury travel destination, and many international Hollywood actors have chosen this charming nation as their second home.

It is highly likely that you might meet several imminent personalities just wandering on the streets. For instance, Oprah Winfrey resides in Antigua and Barbuda and her fans have often stressed that they have met her while travelling.

Also, several movies have been shot on this beautiful island. Renowned movies like the adventures of Tarzan, Antigua my life, and The Castle of Mummies of Guanajuato have been filmed in Antigua and Barbuda. So, one could easily suggest that Hollywood has historically been close to Antigua and Barbuda.

A new push for Antiguan culture

Honestly, by all means, this new BBC promotional campaign could boost the soft culture of Antigua and Barbuda and give wings to the dream of becoming the Mecca of shooting big movies.

For the long haul, Antigua and Barbuda has intended to become the Mecca for shooting big movies in the Caribbean. In September 2015, the island nation presented was presented a very ambitious project which, according to its government, should have a positive impact on the economy (in particular, tourism), society, and culture of these two islands.

The nation inked a massive $125 million equity financing agreement with a private American firm that has long roots in Hollywood. The company promised that it will commit to an initial slate of five feature films and launch Antigua’s long-term commitment to film production.

The culture of Antigua and Barbuda has been influenced by African heritage, British colonial history, and contemporary influences. This can be seen in a variety of ways, such as in their language, culture, cuisine, architecture, religion, music, sporting passions, artistic endeavours, and festivals, such as the carnival celebrations in Antigua.

The beach in Antigua and Barbuda is just the beginning. The world needs to see and fully experience the local culture of this nation and gain a better understanding of its people and maritime heritage. For this, Hollywood can definitely help and do its favour by getting more indulged with Antigua and Barbuda.