Jamaica, is heavily dependent on the tourism sector for recovering its economy notably after the covid-19 pandemic and so, it will be one of the main agendas of the conference, to make foreigners invest in Jamaica 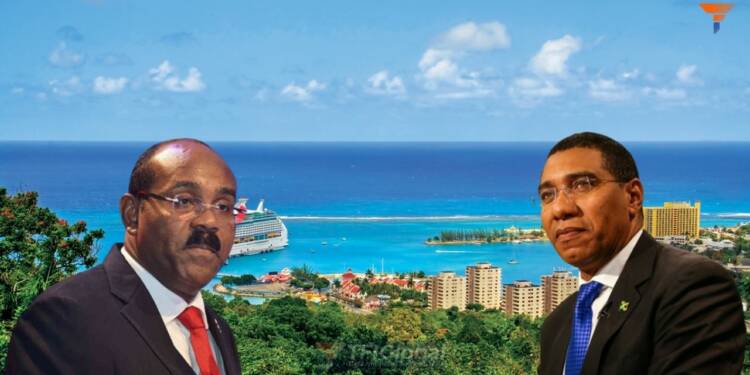 Global Tourism Resilience Conference: As tourism flourishes after the pandemic, nations and their islands have yet another chance to reveal their beauty to the world by inviting foreigners and ultimately increasing the nation’s GDP through the tourism industry. What remains a challenge is the pre-pandemic law and order.

The Caribbean nations are undeniably one of the most beautiful places to visit. And now, after taking its inspiration from Antigua and Barbuda’s 29th Caribbean summit last year, Jamaica is coming up with a plan to showcase its natural beauty.

The inaugural Global Tourism Resilience Conference will occur from February 15 to 17 at the University of the West Indies (UWI) Regional Headquarters in St. Andrew.

Around 200 people have been invited to attend in person by Jamaica’s government. Aficionados and technical teams, theoreticians, academics, ministers of government, investment gurus, and other Middle Eastern, African, and Caribbean tourism industry stakeholders are expected to attend. Finance minister of Jamaica, Bartlett added that the three-day Global Tourism Resilience Conference will feature 40 international speakers who will provide information on a variety of subjects. According to Bartlett, the African-Caribbean portion of the Global Tourism Resilience Conference will be a significant draw. Due to the fact that the Middle East will be a central topic of discussion at the conference, Saudi Arabia’s Minister of International Affairs is also expected to attend.

Jamaica is one of the nations struggling to recruit workers for its tourism industry. More than 6,000 new and renovated rooms are being added locally through construction. However, industry participants have frequently voiced concerns regarding the difficulty in locating skilled labor. Although job fairs are common, some have had low attendance rates. The conference’s inclusion of an investment component and a discussion of the future of tourism-related employment are crucial because they support the very resilience that Jamaica aims to build for tourism against… global shocks.

What remains a challenge for Jamaica here is its eroded law and order situation that it aims to whitewash by holding Global Tourism Resilience Conference. Petty theft, gang violence, and drug trafficking are among the problems you might encounter in Jamaica. Jamaica has approximately 49.4 homicides per 100,000 people, according to Statista. Jamaica’s capital, Kingston, which is on the country’s southeastern coast house numerous gangs with a history of murder, drug trafficking, theft, and sexual assault reside there.

Jamaica, is heavily dependent on the tourism sector for recovering its economy notably after the covid-19 pandemic and so, it will be one of the main agendas of the Global Tourism Resilience Conference, to make foreigners invest in Jamaica.

The Global Tourism Resilience Conference will be an important factor for Jamaica, both economically and geopolitically. It aims to uplift its image as a global friend and “safe destination” for the major player in its economy, Tourism.

How many whole numbers are there between 32 and 53? Detailed Explanation