Masters of Mr. Henry have started to clear the way for him to rule Haiti forever

The champion of democracy and human rights, Justin Trudeau, has once again meddled in the internal matters of Haiti. This time he decided to target another political leader in Haiti, who is perceived as a threat by prime minister Ariel Henry 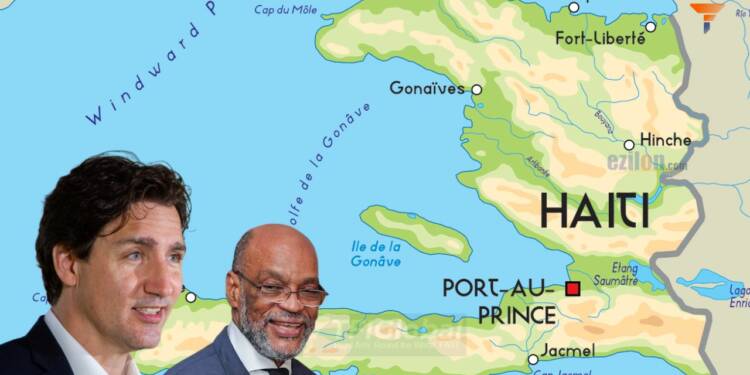 As elections are near in Haiti, the US and Canada are trying every method to ensure that prime minister Ariel Henry remains the troubled nation’s leader. In fact, on Henry’s appeal, the US announced that for now polls will be delayed.

Currently, Henry is trying to gain the support of Haitians and earn political legitimacy. Simultaneously, his opponents who have criticised his undemocratic and draconian actions are being harassed and attacked. The environment of political repression in Haiti with the blessings of the West has made conditions for free and fair elections difficult.

Unfortunately, the problem is persisting since the Canadian government announced that it has sanctioned two more prominent figures in Haitian political and business circles. Justin Trudeau’s regime stated that it has sanctioned former member of parliament, Arnel Belizaire and businessman Charles Saint-Remy, who is the associate of former Haitian president Michel Martelly.

Without any evidence, Canada accused the two men of emboldening and financing criminal gangs in Haiti and perpetrating drug trade and corruption.

In fact, recently Canada and the US have escalated their diplomatic onslaughts against Haitian political leaders and former regime’s officials in the name of “restoring peace”. Last year in November, in addition to Martelly, six other politicians were the targets of unlawful sanctions of Canada.

And if sanctions are not enough to silence Henry’s opponents, Biden and Trudeau have used other means as well.

On 8th January, Haiti’s Senate President, Joseph Lambert, was shot and injured by unidentified gunmen in the capital, Port-au-Prince, near the parliament building. Fortunately, he managed to survive his injuries.

Now, Lambert too has been a critic of Henry’s regime. TFI Global explained that the tussle between Lambert and Henry have intensified in the last two years.

Lambert told the media that the Congress would convene various stakeholders such as representatives of the judiciary, for a final solution to the political and constitutional turmoil in the wake of Jovenel Moise’s assassination. Apart from calling on Henry to resign, Lambert also said that a new transition government must be established until the elections.

The latest action of the Canadian government is another endeavour to clear the way for Henry so that he is able to rule Haiti indefinitely. Biden and Trudeau realise that they cannot directly intervene in the internal matters of Haiti since their earlier experiences have only culminated in exposing their flaws and sinister agenda. They are using another method to control the political and economic affairs of Haiti.

This is where Henry comes, the puppet leader trying to maintain the dominance of the US and Canada in exchange for financial assistance and other benefits. Unfortunately, any political leader who tries to challenge the autocratic leadership of Henry becomes a new target of West’s nefarious atrocities.

Read more: Canada is all set to re-enter Haiti with ‘legitimacy’

Henry is an extremely immoral and corrupt leader, he can go to any extent to fulfil his desires. In fact, in 2021, the then chief prosecutor of Haiti, stated that there was evidence which connects Henry to the murder of Moise. Also, as per the police record, Henry spoke with one of the main suspects after the assassination. And now, as elections are close in the Caribbean nation, Henry received another favour from his master Canada which made sure that in the name of “democracy” and “rule of law”, any voice of meaningful dissent is drowned by its hypocritical sanctions.

Cardamom Hills, History, Travel Guide and How to reach