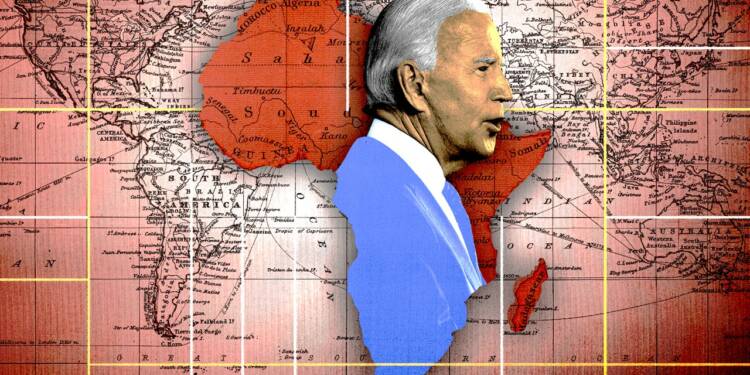 The United States has been on the back foot in Africa for a very long time. Taking advantage of US’ apathy towards Africa, countries like China and Russia started building their sphere of influence in the continent. However, things have changed after the Ukraine war and now the US is desperate to step up its efforts to gain the trust of the African countries. After a series of failures of Western military missions in Africa and growing anti-west sentiments , the US has now turned to AFRICOM to save its remaining grounds.

As per a report, AFRICOM will hold a series of engagements and training with its African partners. Precisely, the US army will train some African countries in cyber, land, and maritime defense. Additionally, the armed forces of Botswana, Rwanda, Uganda, Kenya, Djibouti, and Somalia will take part in the exercise code-named “Justified Accord”.

This set of training has been mainly designed to increase multinational interoperability in crisis response and counterterrorism operations, and prepare regional partners for United Nations and African Union-mandated missions. Finally, the US has woken up to the harsh reality that its dominance in Africa is shrinking. This has further coincided with rising Russian influence.

The growing pro-Russian sentiments in Africa are a major geopolitical challenge for the US. Many African countries are growing close to Russia’s Wagner group to fight the issue of insurgency after UN-led missions in Africa failed to bring any positive results.  Just after France alongside several EU states and Canada announced the termination of its decade-long military involvement in Mali, the UK too decided to pull out its troops from a UN peacekeeping force in the country.

This indicates that the inability of Western missions to bring about peace and stability in troubled African countries despite years of engagement is one of the major reasons for Russia’s rise. Further, apprehensions of France furthering its neo-colonial agenda in Africa have also worked its interests.

Read More: A France-Russia war is about to begin in Central Africa

Considering the scenario, the US is expected to justify the 10-day training exercise as a mechanism to help the US Army in Africa and East African countries improve their capacity to respond to regional security threats posed by violent extremist organizations and to more effectively counter the associated ideology.

US trying hard to stay relevant in Africa

The United States of America recently hosted the US-Africa summit to bridge the growing trust gap with African leaders and to deepen ties. Ever since then, the US is trying to enhance its engagements with the African continent to stay relevant and to counter its major adversaries, namely Russia and China.

Read More: US does the most obvious, set to woo three countries

The US seems to have adopted various strategies to convince the African countries that it is a more reliable partner than others. A few days ago, the US had accused Russian mercenaries backed by the Kremlin of interfering in the internal affairs of African countries and “increasing the likelihood that violent extremism will grow” in the Sahel region which is facing increasing attacks and deteriorating security. Apart from it, the Secretary of the US Treasury is also visiting Zambia, Senegal and South Africa whose response to the Ukraine cause has been cold so far.

However, in the name of engagements and training with its African partners, the US is making a desperate attempt to stay relevant in the region. With this exercise, the US gets an excuse to be present in the region while training the African countries in cyber, land, and maritime defense thereby gaining a strategic advantage to counter Russian influence.