Some Early Elections are just not meant to be

by Ansh Pandey
in The Caribbean
Reading Time: 2 mins read
0 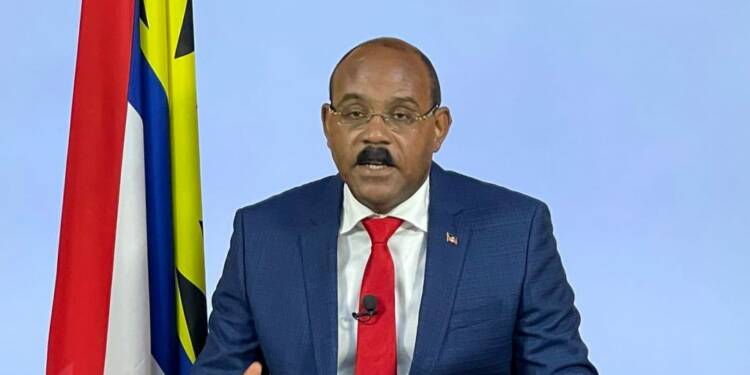 Antigua and Barbuda holds elections typically every four years in the month of March. The polls, however, were held in 2023 two months earlier. In December 2022, Prime Minister Gaston Browne finally announced that the next general elections would be taking place on January 18, 2023. However, after the results, one could easily conclude that Mr. Browne did a blunder as he has lost both popularity and electoral mandates.

The results of Antigua and Barbuda are out. Prime Minister Gaston Browne led the ruling Antigua and Barbuda Labour Party (ABLP) and has won a nail-biting victory by winning just nine of the 17 seats for a third consecutive term in office, according to the preliminary results released.

With this, Prime Minister Browne has become the first government leader in the country to win three consecutive general elections, headed by the victorious ABLP candidates. But, ABLP has significantly lost the ground it had held for years.

The party won fifteen of the seventeen seats in the 2018 general election. Whereas this year the party has lost crucial seats to the opposition UPP.

UPP is back in the game!

Harold Lovell, the leader of the opposition, has tendered his resignation as UPP leader. But he has been able to revive Antigua and Barbuda’s opposition.

The UPP is currently in an excellent position, the best since 2009. In that year, UPP held seven seats. The UPP, however, was unable to win even four seats in 2014 or 2018. As UPP only held one seat, the 2018 elections were the worst for the opposition.

Jamaica-based pollster, Don Anderson, who had conducted several opinion polls prior to the general election, said while the UPP “will do much better than they did in 2018,” it failed to drive home the issues during the campaign.

“The shift we are seeing is a vital one,” Anderson said on a radio program here, noting however that the shift was not sufficient to drive the UPP home “because they started too far behind”.

Read More: After Dominica, OAS dug its claws in the democracy of Antigua and Barbuda

However, this resurgence of the opposition will cause Browne and his administration trouble when making decisions. With the addition of 9 seats, the ABLP was able to keep its majority in the House of Representatives. Yet, it will be a herculean task for Mr. Browne to appoint ten senators, though.

The outcomes also serve as a reminder that Gaston Browne no longer enjoys widespread support.