by Rohit Yadav
in The Caribbean
Reading Time: 3 mins read
0 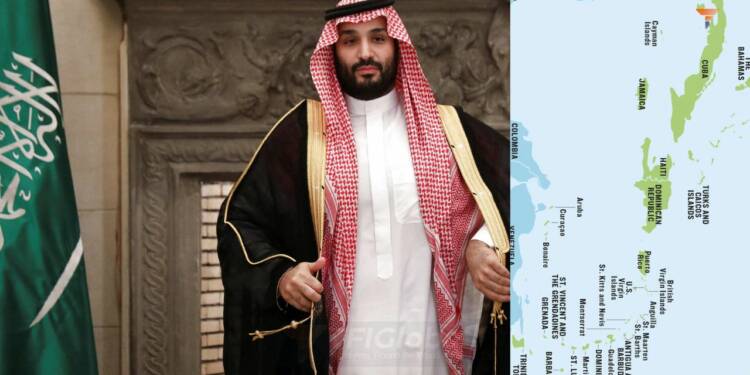 On January 17th, the Saudi Fund for Development (SFD) and the government of Antigua and Barbuda agreed to finance the expansion project at the University of West Indies at Five Islands (UWI) in the Caribbean nation with an $80 million financing agreement. The Times Higher Education rating system places the University of the West Indies among the top 1.5% of universities worldwide.

The deal would encourage scientific innovation and bring new educational facilities to the university, which will assist the Caribbean region to achieve the Sustainable Development Goals (SDG). Seven energy-efficient buildings will be built as a part of the investment’s deal, which aims to make the campus more sustainable. The newly improved university would cater to 5000 students, a sharp increase from the previous 600 strength.

Read More: Jamaica imitates Antigua and Barbuda to revamp its image on the global stage

The development initiatives, made by the Kingdom of Saudi Arabia through SFD, will greatly strengthen the educational sector in Antigua and Barbuda. These efforts were recognized and appreciated by Gaston Browne, Prime Minister of Antigua and Barbuda.

The project’s development will also serve the nearby Caribbean nations as UWI has campuses in Trinidad and Tobago, Antigua and Barbuda, Jamaica and Barbados.

Saudi interests in the Caribbean

This is a noteworthy investment by Saudi Arabia in Caribbeans after the Saudi Caribbean Investment Forum last year. For the first time ever, more than 230 delegates attended the forum where 15 nations showcased their investment-ready projects to the largest delegation of Saudi investors to ever visit the Caribbean.

The $80 million investment by Saudi Arabia is a part of Saudi Vision 2030 to lessen Saudi Arabia’s reliance on oil, diversify its economy, and expand public service sectors like health, education, infrastructure, recreation, and tourism.

The project will further stimulate economic growth by generating more jobs and supplying a more substantial educational foundation, in addition to increasing equal access to education for all the people of Organization of Eastern Caribbean States.

Saudi Arabia is currently demonstrating a lot of interest in the Caribbean in a bid to provide a potential counterbalance to China and US’ on-going push into the area.

Apart from Saudi Arabia, UAE, the second-largest economy in the Arab world is exploring collaborative investment options with various Caribbean countries. Oil and gas-rich Gulf state of Qatar is also showing interest in agribusiness, luxury investments in hotels and real estate in the Dominican Republic, Guyana, and Jamaica, and energy extraction.

Read More: Can Greece and UAE be the shoulders to lean on for the Caribbeans?

The increasing efforts by Gulf nations have highlighted the growing importance of Caribbean region. The region is strategically located near major markets in North America and South America, and offers a variety of educational options from traditional universities to novel approaches such as online learning and study abroad programs. By investing in the Caribbean’s educational sector, investors can benefit from the region’s natural and cultural assets, as well as its growing population, expanding middle class and increasing number of international students.