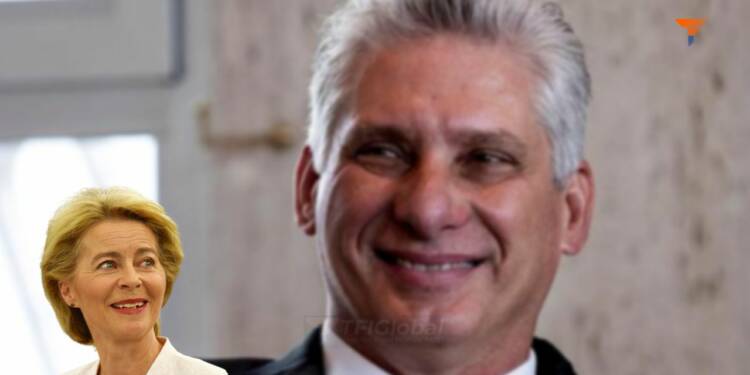 The European Union, which is the chief partner of one of the most reprehensible nations in the world i.e. the US, asked the Cuban government to give amnesty to Cubans who are languishing in jail for agitating against the regime. In doing so, Brussels implicitly told Havana about the foremost step it needs to take in the journey to end the darkness of US supremacy.

Havana has always been the target of Washington. Since the establishment of the communist regime under Castro, the US has persistently interfered in the internal matters of the island nation. After Cuba forged a deep partnership with Russia, US president John F. Kennedy imposed an embargo on it. The US’s sanctions had severe implications on the economic, political and diplomatic interests of Cuba for six decades.

Speaking of the economic crisis caused by Washington’s blockade in 2021 thousands of Cubans protested against the government against lack of food, medicine and other necessities. The Cuban government brutally crushed these civilian expressions of agitation against institutionalised corruption and systemic injustice. The state punished demonstrators with police officers detaining citizens and forbidding them from leaving their homes.

Those who were arrested have been subjected to barbaric methods such as sleep deprivation, torture, starvation etc. Unfortunately, the miserable plight of helpless Cubans who dared to protest has intensified. According to the BBC, last year the Cuban state handed lengthy sentences to around 381 demonstrators, with some receiving 25 years in prison. The prosecutor’s office stated that the charges include sedition, assault, and robbery.

Pursuing its draconian agenda, the Cuban state sentenced another 74 protestors to decades in jail. The courts in Havana, Santiago and Matanzas deprived people of their constitutional rights and relied on fabricated evidence.

Read more: The Cuban government is too naive to understand Biden’s wicked motives

The actions of the Cuban government were severely condemned by the US and European Union. Now, focusing on the EU, on 22nd January Cuba’s Minister of Justice, Oscar Silvera, held a discussion with the ambassadors of the bloc’s member nations.

During the meeting, the subject of 2021 protestors’ lengthy sentences was brought up by the EU ambassadors. They requested Silvera to pardon the demonstrators and revoke their punishment. The Cuban minister took note of the EU’s appeal. The contention of the European Union is rational as it suggests a small step to the Cuban regime for the solution of a complicated issue.

Now, the US justifies its embargo by citing systematic human rights abuses and other draconian measures of the Cuban government. It is true that there is widespread corruption in the island nation and people’s civil rights regularly get violated. But Washington refuses to acknowledge the fact that its embargo, instead of curbing the authoritarianism of the regime, is instead hurting the ordinary Cubans.

Several nations, on more than one occasion, have called on the US to lift its financial and economic sanctions on the Caribbean country. However, the US, referring to the lack of democracy and civil rights in Cuba, refuses to do so.

Therefore, by handing long sentences to anti-government protesters, the Cuban state is only giving more reasons or justification to Washington to continue its unjust embargo. So a significant step in Cuba’s fight to annihilate the US sanctions would be establishment of a democratic structure in particular and revocation of the sentences of anti-government demonstrators in particular.

The Cuban government can garner support for its cause in the international arena by being a democratic regime rather than an autocratic one. Another significant thing is that unlike the US, the European Union never pursued an unjust aggressive foreign policy against Cuba. Though the EU imposed sanctions on Havana in 2003 but in 2008 it lifted them. Hence, if the Cuban government follows the advice of the EU then the chances of a strong partnership between Havana and Brussels are likely. If this happens, then this will be an unprecedented diplomatic victory for Cuba and a defeat of the US hegemony which has not deprived the island nation of decades of economic progress and diplomatic successes.

Golden revolution is related to which?