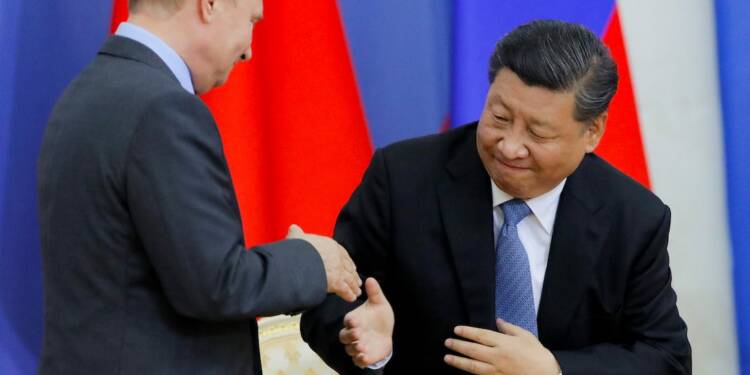 China has been aggressively targeting the Central Asian Republics, eyeing to replace Russia and establish its own exclusive sphere of influence in the region. The same has not been given a miss by Moscow. In fact, almost irritated with the Chinese poking themselves in a region they have no business investing in, the Kremlin has started funding anti-China research of sorts, which has brought to fore the devious plans of Beijing to colonise Central Asia.

President Vladimir Putin and the Russian government are dead serious about the issue of Chinese plans in Central Asia. The same today is testified by the work of Vita Slivak, a specialist on China at the Moscow State University’s Information-Analytic Center, getting her research funded directly by the Kremlin. Under a presidential grant, Slivak is researching “The Levers of Chinese Influence: ‘Sinification’ in Central Asia and Russia.” Slivak’s analysis is said to be going directly to Russian policymakers.

Read more: It’s Russia vs China in Central Asia, Kyrgyzstan puts Putin and Jinping on a sure shot collision course

The ‘Sinicization’ of Central Asia and South Caucuses by China has been troubling for quite some time now. In the past one year particularly, China has upped the ante when it comes to replacing Russia in the region. Moreover, the Chinese staking claim over the Russian far east and Vladivostok seem to have aggravated concerns in Moscow about Beijing’s ultimate goals in the region. How China is using economic and infrastructural investment in Russia’s exclusive sphere of influence to establish itself as the new hegemon of Asia has definitely not been given a miss by Putin. In fact, Russia has also realised that such investments, complemented with Chinese soft power projection via cultural, educational and people-to-people ties are ultimately aimed at kicking Moscow out of its own backyard.

Read more: As China plans to take over Tajikistan, it is bringing India and Russia together and it is bad news for Xi Jinping

The much-touted Belt and Road initiative, for instance, forms a primary tool of colonisation for China. Vita Slivak noted that since 2013, China has grouped its Sinicization initiatives under the “One Belt, One Road” program. And the scope of its plans for such cultural change is indicated by the fact that it is already operating these programs in “more than 60 countries,” only a small number of which border China or lie along the east-west trans-Eurasian routes Beijing’s leaders say they are focusing on.

Russia however is not buying the rosy narrative being peddled by Beijing any longer. As such, Moscow is said to have tacitly partnered with India to take on China in Central Asia. India, as reported by TFI, is looking to work on the International North-South Transport Corridor (INSTC), in a bid to put Central Asia on the global connectivity map and cut across China’s BRI projects in Central Asia. While the former will run in a South-North direction, China’s BRI cuts Central Asia with an East-West trade and infrastructural route. The INSTC, which central Asian republics will be more interested to be a part of, hence dumping China, will roughly be a 7,200 kilometres long trade network, running from the Indian Ocean to the Persian Gulf via Iran’s port’s- Bandar Abbas or Chabahar, further into the Caspian Sea via Russia’s Astrakhan port, and finally reaching Europe via St. Petersburg in Russia and Baltic Sea.

India even held a meeting late last month with the central Asian republics, and the discussions are said to have specifically focussed on promotion of connectivity and development partnerships in the region. Therefore, while Russia has gone all out anti-China in its approach, its underhand understanding with New Delhi to put a leash on China’s ambition in Central Asia shows just how fragile the “strategic axis of convenience” between Moscow and Beijing is. Further, Russia letting it be disclosed that anti-China research is receiving the ‘Presidential Grant’ in itself shows how Moscow has also upped its battle of perceptions against Beijing.

After Palau islands and Vietnam, Quad is now looking to choke China in Maldives