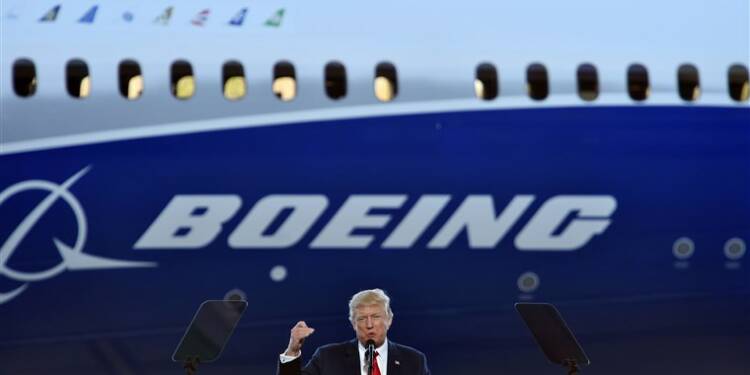 CCP General Secretary Xi Jinping has envisaged the “Made in China 2025” dream plan to reduce the country’s gigantic reliance on foreign technologies, ranging from jet engines, semiconductors to satellites. Under the same ambitious program, China has been looking to compete with globally renowned commercial airplane manufacturers Boeing Co. and Airbus SE. In fact, Xi Jinping aims to turn China into a commercial airplane manufacturing hegemon very soon. Since the very outset, such ambitions have been made to go through a rough and patchy path. However, The President Donald Trump has dealt the final blow to China’s commercial airlines sector.

In his final days of presidency, Donald Trump is leaving no stone unturned to make Jinping’s life miserable. Now, in what comes as a major move which has spelt the death knell of China’s commercial airlines sector, the Trump administration has added Commercial Aircraft Corp. of China, better known as Comac, to a Defense Department list of companies having ties with the Chinese military establishment.

Comac is a Chinese state-backed airlines company which is at the forefront of turning China into a hub of commercial flights manufacturing. However, Donald Trump’s fatal blacklisting of the company will prohibit American investors from buying securities of the company and will have to divest their holdings by November. According to Bloomberg, although Comac is not publicly traded in the United States, other entities, like Aviation Industry Corp. of China – have since found themselves targets of more severe sanctions, including curbs on access to American technology.

Deprivation of American airline-related technology will be devastating for Comac, as it would effectively mean that China’s bid to emerge as a major player in the commercial airlines sector would have been nipped in the bud by a single decision of the Donald Trump. “China doesn’t have the domestic capability to provide the necessary components so they’re very much reliant on U.S. components,” Shukor Yusof, founder and aviation analyst at Endau Analytics said.

Being denied access to American technology would choke Chinese airline companies like Comac dry, effectively spilling water on the ambitions of Xi Jinping to take on the likes of Airbus and Boeing. Take for instance Comac’s C919, which is currently in its test phase, and sources close to 60 per cent of its components including the two engines from American companies. Being denied access to American technology without a specific government waiver would effectively send the infantile aerospace industry of China into the grave, and Trump has ensured just that.