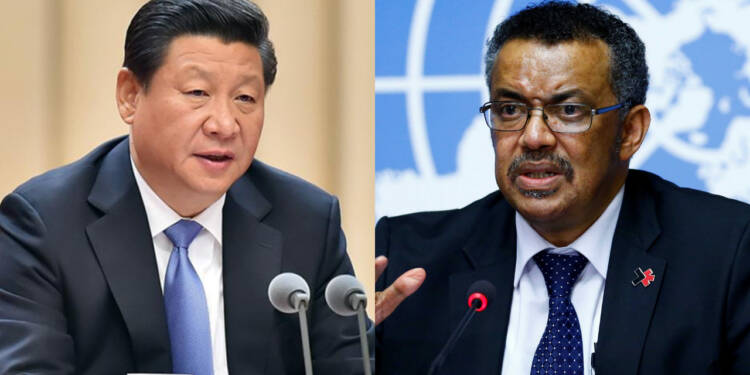 WHO and China, have been heavily criticised for their alleged role in not acting quickly to control the pandemic. But now their criticism has been rubber-stamped by a panel which was established by the WHO in May 2020.

TFI had reported extensively on the convulsions and the corrupt nature of the way that the virus had been handled by the WHO and Chinese authorities very incompetently. Moreover, China’s denial of it being the origin state of the virus was constantly enabled by the WHO. Diseases and viruses have been named on their country of origin but WHO was adamant that terming it on a geographical location would invoke discrimination and contempt.

China and the World Health Organisation (WHO) responded too slowly to control the COVID-19 pandemic, according to a report by an independent commission.

The Independent Panel on Pandemic Preparedness and Response (IPPR), set up by the WHO in May 2020, also reported that the early onset of the pandemic could have been checked more firmly by China and the WHO.

Moreover, in its report published on January 18, the Swiss-based panel called on the WHO to revise the health warning and response systems, arguing that the existing system is “not fit for purpose.”

“What is clear to the Panel is that public health measures could have been applied more forcefully by local and national health authorities in China in January,” the report said as quoted by CNN.

It is evident from the research that China alone is not guilty of dragging the world into the crisis of COVID-19 but the WHO also collaborated indirectly in it. Investigators believe it has spread globally since the pandemic was concealed. Early case studies suggest that steps should have been taken to stop this.

The WHO’s loose mentality at the start of the crisis has been criticised by the investigation jury. It notes that until January 22, the WHO did not hold an emergency session and took more time to announce the outbreak as an emergency. The study also notes that it is not clear why was this done by the WHO.

Former UK Secretary of State for Work and Pensions Ian Duncan Smith branded Beijing as despicable on Saturday for covering up critical COVID-19 details. The US accused China of not being transparent about the source of the virus in the initial months after the pandemic broke out.

The findings of this committee are proof of the Chinese-WHO nexus which worked extensively to conceal at first, then propagate and then tried extensively to turn the discourse over the virus on other states. China has so far accused Italy, United States, India, and Bangladesh among others of spreading the virus or being its place of origin.

The actions of the WHO before and after declaring the pandemic have a clear China bias. What this report does is putting the same under the spotlight with the authorisation of being independent, unbiased, and the one which could be trusted by other states.