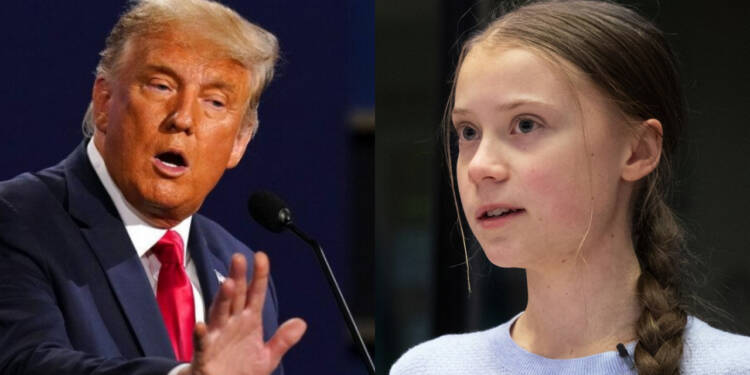 Nobel Peace Prize nominations are out and there are two top contenders this year. One is Greta Thunberg and the other one is the ex-US President Donald Trump. So, on one hand, we have an irrational, little schoolgirl who speaks like a trained parrot and on the other hand, we have a man who can go for hours without any script. Yet it is most likely that the former will win the prize that claims to recognise and appreciate peace initiatives around the world.

There is a lot of difference between Greta and Trump. Greta’s only achievement is a rehearsed speech during the plenary session of the 2018 United Nations Climate Change Conference. Trump, on the other hand, actually brought peace to the warring Middle East with the Abraham Accords and cornered China on matters like Tibet, Xinjiang, Taiwan, and its predatory trade practices. He made more allies than most American Presidents thereby bringing more peace to the world.

So, Greta will get the Nobel Peace Prize. BLM and Khalsa Aid won’t get it, because they will be deemed controversial. Honouring WHO during the ongoing Pandemic would invite too much backlash. Navalny probably won’t be controversial, but Greta is like an ice-cream seller that no one despises. However, there is another reason. Greta stands for borderline Eco-Fascism which is totally in line with the sitting US President Joe Biden’s policies.

Giving the Nobel Peace Prize to Greta will be a huge validation of Biden’s imprudent policies that border on green vigilantism. The Nobel Peace Prize is the world’s most celebrated propaganda tool to strengthen the promising players in their order and create new ones for the order.

They deified Obama and Yasser Arafat. Obama was a warmonger and Arafat, a terror supporter. Henry Kissinger, the man behind Operation Condor and the U.S. bombing campaigns in Cambodia got a Nobel Peace prize too. They created Malala. They created Rigoberta Menchú. Rewarding peace initiatives has never been the criteria. So, long story short, the Nobel Peace Prize will go to Greta Thunberg and not Donald Trump.