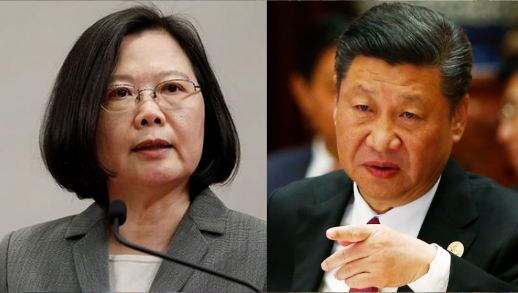 Threatened by the existence of an independent Taiwan, China has once again started issuing threats, vowing to deter any attempt to make Taiwan an independent nation. Moreover, In the recent release of China’s defence budget, it is reported that it has increased its defence budget by 6.8 per cent in 2021 to a massive $209 billion.

The thought of a free Taiwan which, in its own right, is a sovereign state, a diverse society, a thriving democracy, a strong economy and most importantly, wants to be independent, hurts the Chinese Communist Party to the core. This feeling has long existed in the mind of the Chinese government right after the civil war and the establishment of the Republic of China in the year 1949. Given the fact that China’s defence budget has crossed $200 billion, Taiwan’s dreams of independence seem distant again.

In his latest statement, last Friday, Chinese Premier Li Keqiang repeated the age-old stale threat to focus on the “reunification” of China as the ultimate goal. The Premier was speaking at the opening of the annual meeting of China’s parliament.

He called Taiwan a part of China and sheepishly threatened the parties trying to protect democracy on the Island. China has for the years tried to suppress the freedom that the island nation enjoys in nearly every affair. There is some element of envy too and the complex being born out of the success of Taiwan in economic progress and making the life of every citizen prosperous.

Despite attempts of the Chinese Communist Party to keep Taiwan under its control, most Taiwanese love their country. They have shown no interest in being ruled by an autocratic and totalitarian regime like that of China. Taiwanese people were even at the forefront of supporting the anti-China protests culminating in Hongkong which itself is fighting for its democracy.

In another blow to China, the eastern European country ‘Lithuania’ has decided to establish a representative trade office in Taipei by the end of the year and is very soon going to leave the ‘17+1’ a China-led grouping which Beijing uses as a bullying tool.

Lithuania’s Foreign Minister Gabrielius Landsbergis described the grouping as a useless piece of garbage that gives Lithuania “almost no benefits” and tries to divide “Europe”.

The crybaby China came running to threaten tiny Lithuania. Its foreign ministry spokesperson Wang Wenbin expressed displeasure against the decision taken by Lithuania. The Baltic nation has been supporting Taiwan consistently for the past two years and it also supported the inclusion of Taiwan as an observer in the World Health Organisation.

The move was soon rejected by China. Taiwan’s former highest representative to the Balkans Andy China was also invited to address the country’s parliament on the same day as President Gitanad Nauseda’s state-of-the-nation speech. China visibly gets uncomfortable whenever a country tries to establish relationships of any kind with Taiwan by chanting its old propaganda of ‘One China’. China’s anger on the issue was recently visible when Guyana terminated the agreement with Taiwan to open a representative office in the South American country after China expressed its displeasure and called the agreement a ‘mistake’.

Taiwan’s dynamic President Tsai Ing-Wen, who currently holds her second term in office, comes from the Democratic Progressive Party which strongly believes in the independence and sovereignty of Taiwan. Her landslide re-election was the product of her relentless efforts to protect Taiwanese identity and standing up against the bully that is China. She, on numerous occasions, has called Taiwan an already independent country.

China has, from time to time, used the practices of threatening small Taiwan with forceful armed accession. But Taiwan’s strong bilateral relations with the US makes it a formidable force that is ready to give a strong fight to the belligerent Chinese regime.

However, China’s hollow muscle-flexing continues. Recently, China increased its defence budget by 6.8 per cent in 2021 to a massive $209 billion. The documents related to the budget were issued at the opening of the annual session of the National People’s Congress which is China’s topmost legislative body. An analysis of the budget and a general understanding indicates China’s discomfort at being targeted consistently.

Chinese bullying in the Indian territories of Ladakh didn’t bear any fruit and amusingly, the paper dragon had to invest more to protect its rear end from brave Indian soldiers. Its worries arise from the presence of American naval warships and warplanes in close proximity to Chinese land and some even entered the Taiwan Strait which was viewed as an open warning to CCP’s top leadership.

Taiwan is also a buyer of the most advanced American weapons and other defence equipment that are most likely to be used against China if it meddles with the sovereignty of Taiwan.