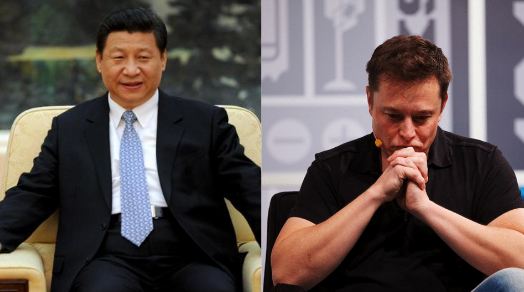 The most interesting thing about the way in which western technology firms deal with operating in China is that the phases of activities are strikingly similar. Tesla seems to be going from a similar pattern of phases. Citing national security concerns, China is restricting the use of Tesla’s electric vehicles by some state and military personnel, according to a Wall Street Journal report from Friday. A separate report, from Bloomberg, said the cars were banned in certain areas.

This news is distressing on two accounts, one, these will lead to a sudden decline in sales of Tesla vehicles in China and two, it marks the start of the phase-wise banning of Tesla from China. The honeymoon period of Tesla in China is seemingly over. A Chinese Journal, citing people familiar with the matter, added that Tesla could obtain key data, like when and where the cars are being used. It could also track more personal information, like a cellphone’s contact list if it’s connected to the car, according to the report.

The U.S. electric car maker won strong backing from Shanghai when it built its first overseas factory there in 2019. Tesla’s sleek Model 3 sedans were the best-selling electric vehicle in the country before being overtaken by a much cheaper micro EV. This announcement came at a time when China’s Geely plans to roll out electric vehicles under a new marque with different branding and sales strategies, people familiar with the matter said, as the Volvo owner looks to take on its main EV rival Tesla with higher-end vehicles.

Geely, the owner of Volvo Cars and 9.7% of Daimler AG, will roll out models under the new marque based on its open-source EV chassis, announced in September and called Sustainable Experience Architecture (SEA), the sources said. It will be a new attempt to go up-market by Geely and backs founder and Chairman Li Shufu’s long-held ambition to make premium cars “like Mercedes-Benz” in a bid to take on EV leader Tesla Inc.

In addition to this, Nio, the U.S.- listed carmaker whose market cap has increased by more than 12 times in 2020, will launch the first flagship sedan fitted with the new autonomous driving technologies. The three existing versions of Nio are all sport utility vehicles.

Read more: Elon Musk will go the Zuckerberg way as he prostrates before China and receives a kick instead

Tesla chief executive Elon Musk says his company would be shut down if its cars were used to spy, his first comments on news that China’s military has banned Teslas from its facilities.

“There’s a very strong incentive for us to be very confidential with any information,” Musk told a prominent Chinese forum during a virtual discussion on Saturday. “If Tesla used cars to spy in China or anywhere, we will get shut down.”

Although Elon Musk had denied all these claims, China has already made up its mind that Tesla’s time in China is over and it is not needed anymore. And it is clearing the space for other Chinese New Energy Vehicles (NEVs) and the local companies producing them.

‘Iran and China decided not to, but Russia went ahead and meddled with the US elections’- New Government Report