After the Debt trap, behold China’s ‘Vaccine Trap’ as China pushes for a third dose after the first two failed 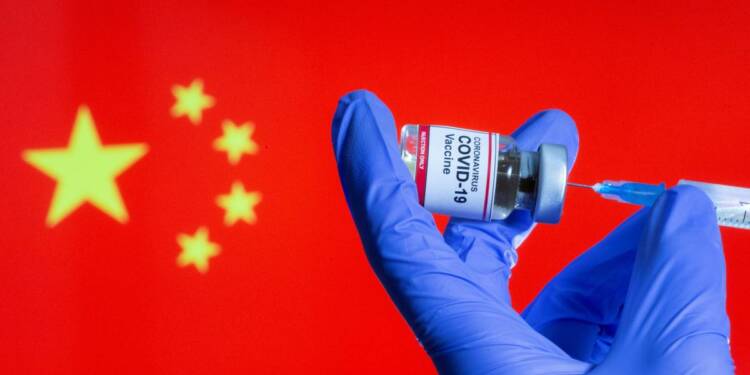 China has been exporting its Sinopharm vaccines all over the globe. Reports on 2nd March put the number of countries China had exported the Sinopharm vaccines to more than 45. The vaccines have been exported at very low cost and with Sinopharm claiming they are able to produce at least 2.6 billion doses this year, a large part of the world’s population will end up inoculated not with the fancy Western vaccines boasting headline-grabbing efficacy rates, but with China’s humble, traditionally made shots.

But there is a dearth of public data on China-made vaccines. Hesitations over their efficacy and safety are still pervasive in the countries depending on them, along with concerns about what China might want in return for the deliveries. But with the new reports signalling that the Chinese vaccine requires a third dose means more production of the Chinese vaccine in facilities based in China will be exported. And because there is almost no verifiable data present to the public, other countries might have to buy more of the Chinese vaccines. A vicious cycle that can continue until China decides to actually release the data for verification of the efficacy of its vaccine.

A virologist who had a talk with The Epoch Times believes that infection is due to the poor quality of Chinese manufacturing vaccines and the rising threat from CCP virus mutations. Despite being completely vaccinated—getting two doses of the COVID-19 vaccine—a Chinese doctor named Liu from Xi’an county, the capital of Shaanxi Province tested positive for the CCP virus on March 18.

There were no reports regarding which China made vaccine the doctor received and no further information about the case was provided. Though it has been speculated that the doctor was inoculated with one of the two Sinopharm vaccines which have been found to be ineffective even after two doses after reports emerged in the United Arab Emirates that the third dose of the Sinopharm is not displaying effective results.

Moreover, it was recently reported that seven people in Hong Kong had died after being inoculated with China’s Sinovac vaccine in less than three weeks.

Gao Fu, the director of the Chinese Center for Disease Control and Prevention (CDC), clarified why two doses of the COVID-19 vaccine might not be enough to avoid infections in an interview with China Central Television (CCTV) on March 20.

He noted that mass vaccination has only recently begun and that no evidence on how people respond to the vaccine exists. Then he said that two doses of the inactivated COVID-19 vaccines made in China may not be enough to induce enough antibodies and that a third dose is necessary. Gao sought to educate the public about the effectiveness of homegrown vaccines by claiming that they would shield the entire population from the disease.

Meanwhile, in the United Arab Emirates, the distributor of China’s Sinopharm vaccine has begun providing a third dose to certain people with a poor immune response. The Sinopharm vaccine was approved by the UAE last year. On March 20, authorities declared that approximately 56 per cent of the adult population had received at least one dose of the Chinese vaccine.

Dr Sean Lin, a former virology researcher at the US Army Research Institute, told The Epoch Times that all new COVID-19 vaccines are administered intramuscularly. “Basically, after being injected it induces antibodies inside the body and it should be all the same.” Lin stated that this is not a reason for the government to ignore the vaccine’s quality problem.

Gao Fu mentioned that a third shot might be needed. “The Chinese vaccines are inactivated vaccines. The second shot is actually an enhancer. If this does not produce enough antibodies, then it means that this inactivated vaccine actually has very low efficacy. And it’s the issue of quality of the vaccine itself,” he explained.

Due to a lack of clarity in trial results, the effectiveness of Chinese vaccines has been questioned. The Sinovac vaccine was found to be 50.4 per cent effective in phase three clinical trials performed in Brazil in January, much less than the Chinese company’s initial claims of a 78 per cent efficacy score. Lin noted that neither the Sinopharm nor the Sinovac vaccines have been subjected to large-scale clinical trials in mainland China, and there is no information on side effects.

“Although the Chinese vaccines have been administered on a large-scale across the country, in fact, neither government departments nor Sinovac or Sinopharm have provided any statistics on the efficacy and the side effects of the vaccines after tens of millions of people were vaccinated,” Lin said.

The vicious cycle of exporting more vaccines by doling out third-grade vaccines in the first place is akin to China’s debt-trap diplomacy. China had earlier offered large loans to underdeveloped nations with hidden contract clauses to subdue their sovereignty. With poorly manufactured vaccines, China has trapped the countries which had imported its vaccines and now that they cannot shift to other vaccines China is pushing the fact that more doses will be needed. A Vaccine trap indeed.