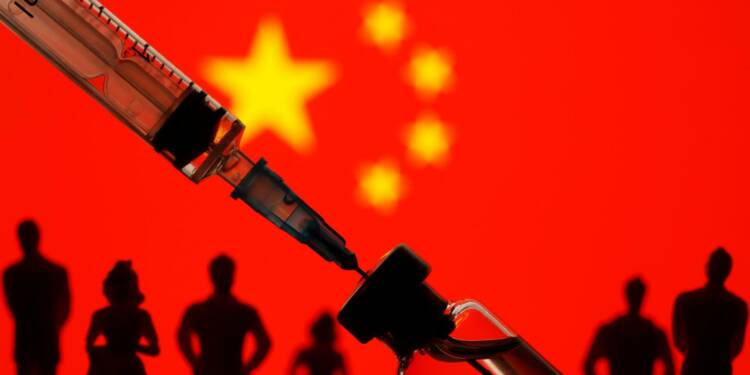 China’s performance in containing the coronavirus epidemic has resulted in a population that has resisted vaccination. As a result, it’s speeding up its vaccination programme by providing free eggs, supermarket vouchers, and discounts on groceries and products to those who get vaccinated.

China is now giving millions of shots every day, after a slow start. It gave out 6.1 million shots on March 26 alone. Zhong Nanshan, a top government doctor, has set a target of vaccinating 560 million of the country’s 1.4 billion population by June.

Read More: ‘Our vaccines do not work,’ CCP admits that Chinese vaccines are a colossal disaster

The challenge stems in part from the sheer magnitude of the undertaking and the need to persuade a population that actually believes it is immune to infection. When patients with fevers, coughs and breathing problems began to turn up at hospitals in Wuhan in late 2019, the government shut down the city and others in Hubei province for more than two months, beginning in January 2020. Wuhan later became recognised as the outbreak’s epicentre.

Since then, China has kept the virus under control by enforcing strict border controls and enacting swift lockdowns whenever new outbreaks occur. Many people don’t seem to be in a rush to get the vaccine because they can eat out and the risk of infection is minimal.

“I think everyone has a sense of security and comfort, and there’s no big rush to get vaccinated unless you are asked to do so,” said Helen Chen, a health care specialist at a market research firm in Shanghai.

But, as the world tries to return to pre-pandemic normalcy, China needs to open up as it prepares to host the Winter Olympics in February 2022, which will draw tens of thousands of tourists. While swift lockdowns and a robust contact tracing system via smartphones have been successful, the government is balancing those steps with a return to normalcy.

For the time being, the government in major cities such as Shanghai and Beijing has focused primarily on consistent messaging and freebies to persuade people to get vaccinated.

Shopping malls also gave points or discounts in exchange for getting vaccinated. Anyone who could show evidence of vaccination was given free admission to a temple in Beijing. Shanghai is using buses to set up mobile vaccination points as part of its initiative. Then there’s the matter of the free eggs.

Since the beginning, Chinese citizens, including officials and physicians, have been hesitant to obtain China-made COVID-19 vaccines due to safety concerns. At the same time, the side effects are a state secret, and any discussion of them is censored by the government. Furthermore, unlike in other nations, the authorities do not publish the vaccination rate. On April 9, state-run media Xinhua announced that less than 10% of Chinese citizens had been vaccinated as of April 7.

Despite Beijing’s ambitious campaign, the CCP top brass does not want to take the Chinese vaccine. Fifty government officers and those with the local judicial office and law enforcement gave reasons such as underlying illness, allergy, pregnancy, recent surgery or a cold, according to a March 29 chart that summarises the region’s vaccination efforts. Allergy stood out as the top reason, cited 22 times. Twenty people also cited high blood pressure, while five mentioned diabetes, even though both are chronic diseases that would mark them as highly vulnerable to coronavirus.

Moreover, Gao Fu, the director of the Center for Disease Control in China has also stated at a conference in Chengdu, southwestern China, that Chinese vaccines “don’t have very good safety rates.” He said, “It’s now under formal consideration whether we should use different vaccines from different technical lines for the immunisation process.”