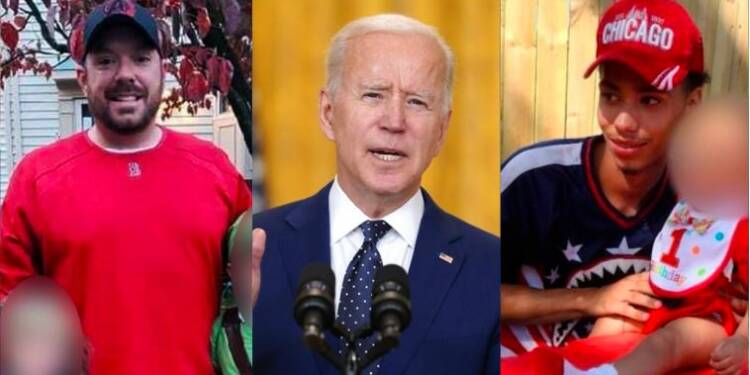 Despite the fact that the driver of the car that killed Officer Evans was a black Nation of Islam supporter, President Joe Biden made no mention of race, bigotry against police officers, or terrorism in his tribute to Evans, referring only to “the assault,” which killed one officer and injured another.

Biden spoke in generalisations about the qualities of people he knew who were like Evans. “I didn’t know Billy, but I knew Billy,” the President said. “I grew up with Billys in Claymont and Scranton, Pennsylvania. Billy was always the kid that you know if you got in a fight and you’re outnumbered three to one, he’d still jump in, knowing you’d both get beaten… He was the one who, just like the folks I grew up with, wasn’t capable of saying no when you needed him.” He then shared personal stories about hearing about the death of his own family members and exercises that helped cope with the grief.

In an ideal world, a US president performing such different positions in a 24-hour cycle does not draw any publicity. However, Tuesday’s events presented a contrasting message and reality for the Biden-Harris administration, which emphasises racial equity, racism, and inequality in some, but not all, incidents of abuse.

That afternoon, Biden spoke with members of the Congressional Black Caucus about “the God-awful shooting that resulted in [Wright’s] death.” One member of Congress, Rep. Joyce Beatty of Ohio, emerged after the meeting to say that “We are standing here on the grounds of the White House because of them and for them,” referring to those affected by police shootings.

“We feel their pain because many of us have witnessed the same thing, the same discrimination, we know there is systemic racism, we know that we need to do better with enforcing police reform, gun reform, we’re asking them to stand with us as we stand with them,” she added.

Jen Psaki, the White House press secretary, was asked about Rep. Rashida Tlaib’s anti-law enforcement tweet. The tweet read, “It wasn’t an accident. Policing in our country is inherently & intentionally racist. Daunte Wright was met with aggression & violence. I am done with those who condone government funded murder. No more policing, incarceration, and militarization. It can’t be reformed.”

Psaki responded, “What I can state from here is that that’s not the President’s view. The President’s view is that there are necessary, outdated reforms that should be put in place; that there is accountability that needs to happen; that the loss of life is far too high; that these families are suffering around the country; and that the Black community is exhausted from the ongoing threats they feel. But he also believes that there is a forum for putting in place legislation, the George Floyd Act, that can help put many of these necessary reforms in place, and that part of what needs to happen is rebuilding trust in communities in order to get to a better place.”

In the United States, liberalism has devolved into a farce. During the Black Lives Matter marches, the hypocrisy of Left-liberal ideals was on full show. The protesters’ brutality was “defended and romanticised,” with people going to great lengths to justify it and even comparing it to the “French Revolution.”

The Democratic Party’s promotion of a corrupt liberal-left idea of inclusion and selective criticism has become a front for Jihadists, radicals, militants, and terrorists to spread their extremist ideas under the guise of freedom of speech.

They have singled out the white race, demonised them, and essentially put a target on their backs, blaming them for all of the minority’s problems. In the United States, this has created a profound social rift that would break the social fabric apart. Instead of being the “healer in chief,” Joe Biden has been the face of the White House’s “divider in chief.”

Daunte Wright’s life had political meaning for the Biden-Harris White House because it fits into a narrative, but Officer Billy Evans’ death did not. It was obvious and the latest recent events proved the same.