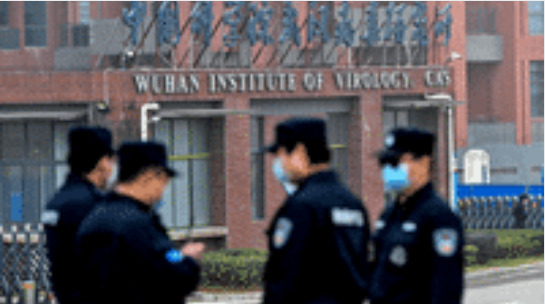 The shoddy investigation by WHO regarding the origins of the coronavirus pandemic in mainland China has raised more than a few eyebrows across the scientific community. While some reports suggest that Chinese officials did not let the WHO scientists complete their research freely, some other media reports quote WHO officials as saying that the Wuhan virus did not originate from the Chinese labs.

However, according to a report by The National Pulse — links of an American scientist named Dr Joseph Fair who had to lead the crusade to dismiss the claims of the virus originating from the Chinese lab, have been traced to the CCP and the Wuhan Institute of Virology (WIV) – the institute being blamed as the ground zero of the virus.

In March 2020 Dr Joseph Fair had called out the Trump administration to “stop blaming China” for the outbreak of the virus, despite mounting evidence. It has been revealed now that Dr Fair had previously attended events or accepted awards from the controversial lab. The conflict of interest would have certainly weighed on his decision making and giving a clean chit to China.

I never had any doubt in my colleagues from Wuhan, their ability to do this work, and their openness with regards to sharing data. Their Institute is State of the Art and I’ve very much enjoyed working with them over the years. pic.twitter.com/aE2neWiCkO

The report states that Fair visited the institute in 2013 and attended the “Ge Hong Elite Forum” and presented an academic report. Fair’s social media footprint is rife with him singing songs of praise for the institute, its researcher’s and other collaborators.

Fair has praised the labs “openness with regards to sharing data” despite the institute erasing 16,000 virus samples in late 2019 and continuing to do so throughout the pandemic

Excellent work from my friends in Wuhan. Bravo! https://t.co/TpTFIs8She

Thinking of my good friends & collaborators in Wuhan. Take care of yourselves & families as best as possible & know that your friends from across the world are with you in every way possible. Your ability to do solid science in the midst of this disaster has been crucial.

Another scientist named Elodie Ghedin who had refuted the claims of Virus being developed in the lab had previously attended a WIV conference in 2016 as well. “People have been saying that’s an engineered virus. And it’s not. And we know that by looking at the genetic information, looking at the code. And the code tells you a lot,”

“From the genetic information, it's clearly not an engineered virus,” says Dr. Elodie Ghedin about coronavirus, which she is studying at her NYC lab. Most experts believe the virus passed from animals to humans, perhaps in the wild animal market in Wuhan. https://t.co/LcUN8D6d0w pic.twitter.com/SOwfZlcFbq

As reported by TFI earlier this year, another scientist named Peter Daszak, who was in WHO’s touring party to China had come under the scanner for his alleged connections to the CCP. It is pertinent to note that Daszak is the President of EcoHealth Alliance, an organisation that worked within China for more than a decade and in close proximity to the Wuhan Institute of Virology – the supposed epicentre of the Wuhanvirus.

Look who is talking… And WHO “experts” defending each other… pic.twitter.com/ZXBL5A9Jix

Read more: Amid WHO’s flip flops, reports about sold out investigators and infighting, experts around the world point at WHO’s fraud

Numerous experts around the globe have been critical of WHO’s findings and have held back no punches and questioned the integrity of WHO as an organisation.

“The WHO investigation is a masquerade. There are so many conflicts of interest and obfuscation that it is as if you asked Hassan Rouhani to lead an international check on Iran’s nuclear programme. The WHO is committing credibility suicide,” said Bruno Canard Structural virologist and director of research of France’s National Centre for Scientific Research.

Read more: ‘Take money from CCP and give them a clean chit,’ the inside story of WHO’s “fair and transparent” COVID investigation

The WHO has once again shown that is the lapdog of Xi Jinping and his communist party. The findings of the world body are as inconsistent as a toddler trying to write the alphabet in a single straight line. The world needs an independent investigation into the issue, not a PR stunt funded by the money funnelled by Chinese overlords to the WHO.