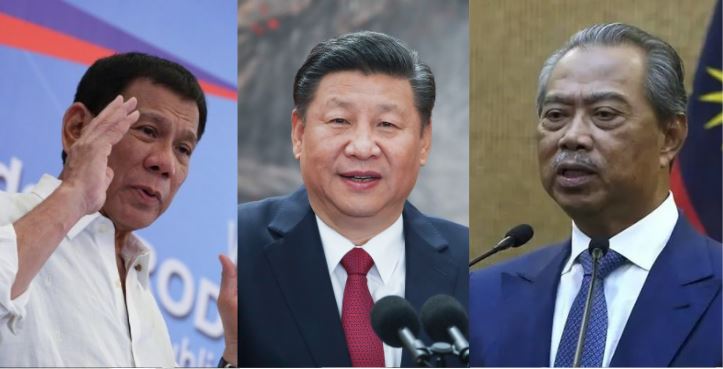 As China continues ignoring the Biden administration, countries in the South China Sea are facing unprecedented Chinese belligerence. The latest target of the wimps from the Chinese military is Malaysia. Sixteen aircraft from the People’s Liberation Army Air Force conducted a large-scale transport formation exercise over the South China Sea near Borneo on Monday and entered the airspace of Malaysia’s exclusive economic zone (EEZ).  The Royal Malaysian Air Force (RMAF) said the Chinese aircraft were in a tactical trail formation spanning 60 kilometres, or approximately 37 miles. In response to the blatant incursion, Malaysia dispatched two Hawk 208 fighter aircraft.

Malaysia tried establishing contact with the incoming Chinese aircraft package but received no reply. Meanwhile, the foreign ministry of Malaysia said it would summon China’s envoy to explain the “intrusion” by 16 Chinese air force planes into its airspace. A statement by the Malaysian foreign ministry read, “The Ministry will issue a diplomatic note of protest against the intrusion to the Government of the People’s Republic of China. The Ministry will also summon the Ambassador of the People’s Republic of China to Malaysia to provide an explanation regarding this breach of the Malaysian airspace and sovereignty by the 16 PLAAF aircraft.”

China is stepping up aggression against Southeast Asian countries and in the South China Sea at large due to receding American activity in the region. China is not afraid or intimidated by the Biden administration. Former President Donald Trump was feared by China – but with him out of the Oval Office, China is having a free run in the region – which it brazenly claims in its entirety, by the way.

China’s recent aggressive manoeuvres – whether they be against Malaysia, the Philippines, or any other ASEAN nation come in the backdrop of a change in the US administration. Until Donald Trump was in office, China was keeping its aggression in check – since it knew very well what the repercussions would be like if it engaged in any misadventures. With Biden in charge now, China is running a free riot across the South China Sea, since it knows, it will have to pay no price for its expansionary actions.

The Chinese aggression against smaller countries in the region like Malaysia and the Philippines is also an effort to punish them for siding with the United States and depending on America for their security. It is almost as if China is poking American allies in the eyes, while the Biden administration watches on meekly. Furthermore, China is looking to exhaust the resources of smaller ASEAN nations by engaging in naval, or worse, aerial standoffs with them which could heavily deplete their resources over a prolonged period of time.

The Secretary of Defense Austin had tried to connect with Xu Qiliang, the powerful vice chairman of the Central Military Commission, which is the CCP organ overseeing the military. China says Austin tried his luck too far, and that he is eligible to speak just with the country’s Minister of Defense, Wei Fenghe. CCP mouthpiece Global Times said Austin’s approach of trying to see Xu, who is close to President Xi Jinping, was “an unprofessional and unfriendly act of disregarding diplomatic protocol and international common p ractice.”

For a country that is not even responding to calls by the Biden administration, expecting them to toe the line of international law and decency in the Indo Pacific is definitely a gross over-expectation. The only ray of hope coming is that from the countries who are facing Chinese aggression first hand. Recent incursions by Chinese ships into Philippine-claimed waters of the South China Sea have sparked outrage in the Philippines. Foreign Secretary Teodoro Locsin used Twitter earlier last month to order China to “get the f**k out” of Philippine maritime waters.