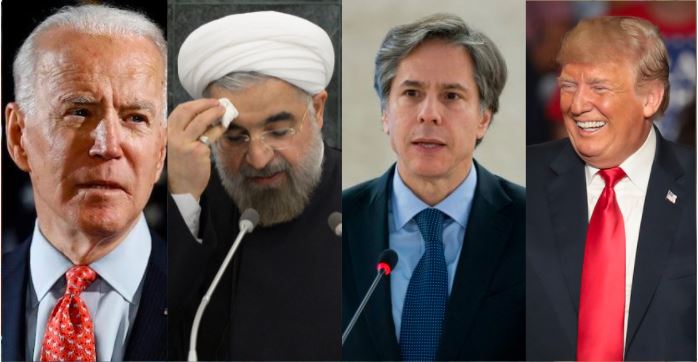 Iran has agreed to curb its nuclear development in exchange for relief from international sanctions under the JCPOA. The agreement had been dead in the water since the US withdrew from it in 2018. After President Donald Trump reinstated the sanctions, Iran began to defy the agreement’s uranium enrichment restrictions. However, since the Biden administration took office in the United States, it has only pushed for the JCPOA to be renewed. By continuing to host discussions with Iran on the nuclear agreement, Biden has strengthened Iran’s regional power, and in absence of this sudden realisation, it may have even legitimised Iran’s eventual nuclear capabilities.

US Secretary of State Antony Blinken warned Tuesday that “hundreds” of US sanctions will stay on Iran, even if the US rejoins the nuclear agreement. Former President Donald Trump’s withdrawal from the 2015 nuclear agreement, formally known as the Joint Comprehensive Plan of Action (JCPOA), has been the subject of indirect talks between the Joe Biden administration and Iran.

Biden has been pushing for a resumption of the deal with Iran ever since he assumed office. His administration has held direct and indirect talks with Iran, despite Iran’s unilateral push to achieve a nuclear enrichment for weapons which the US admits it has and can start production of nuclear weapons in a week or two. But Blinken’s latest statement clearly suggests that Biden’s agenda cannot be pushed further and the Trump-era sanctions will remain in place even though Iran has time and again pushed the Biden administration to unilaterally uplift them without conditions.

“I would anticipate that, even in the event of a return to compliance with the JCPOA, hundreds of sanctions remain in place, including sanctions imposed by the Trump administration,” Blinken told a Senate hearing. “If they are not inconsistent with the JCPOA, they will remain unless and until Iran’s behavior changes,” he added.

The talks in Vienna, which were mediated by European diplomats, have been stymied by disagreements over whether sanctions should be lifted. If the Biden administration reverses the steps away from the nuclear deal that it took to protest against the previous administration’s sanctions, it will be able to undo the sweeping measures taken by Trump, including an effort to halt all of Iran’s oil exports.

However, Iran has demanded all sanctions be lifted, while the Biden administration has stated that some sanctions will remain in place if they were placed due to other concerns, such as human rights and Iran’s backing for extremist activities.

Blinken reaffirmed his support for returning to the nuclear deal, which UN inspectors indicated Iran was abiding by when Trump withdrew from the US. When asked about concerns that Iran did not declare all activities before the nuclear deal, Blinken said, “Plain and simple, if we had managed to get Iran back into compliance with the JCPOA and if we were part of it, too, we would be in an even better position to insist on it answering those questions. But regardless, it needs to answer those questions. It needs to come clean about past activities.”

Indirect US-Iran discussions on renewing the agreement are set to start this week in Vienna. The data covered by the separate IAEA-Iran agreement includes real-time uranium enrichment levels, as well as the storage of centrifuges and the fabrication of centrifuge parts.

For the past three months, the Biden administration has been consistently trying to appease Iran. As reported by Tfiglobal earlier in February, by removing the terrorist tag from Houthis the Biden administration simply tried to get Iran back to the deal, one which the Shi’ite nation was never ready to be back to unless it was done on its own conditions.

Moreover, it is not just that the Biden administration has bowed down. Even the Iranian side has used this prolonged phase of discussion to humiliate the United States and send it a message whenever and wherever possible.

On 5th June, TFIGlobal reported, that in the first, Iranian warships were poised to enter the Atlantic Ocean, cross it, and deliver supposed ‘weaponry’ to Venezuela. Venezuela is a country that has been reeling under sanctions from the US.

Moreover, on May 10th, an “unsafe and unprofessional” encounter in the Strait of Hormuz, was also reported as a US Coast Guard cutter fired two rounds of warning shots at a group of Iranian speed boats, according to the Pentagon.

These incidents and the contemporary actions of the Biden administration in response to them showcases how Iran was just biding time, humiliating the US wherever it could and at the same time, enriching its nuclear stockpile to levels way beyond the threshold of the JCPOA.

However, Blinken’s statement to keep the Trump-era sanctions in place suggests a pivot in Biden’s Iran policy which has again made a flip towards that of the previous administration. The return of Trump’s policies has been a highlight of the Biden era. The same happened with his policies towards Afghanistan, Israel, Taiwan, Australia, Japan and also China albeit to a lesser extent.