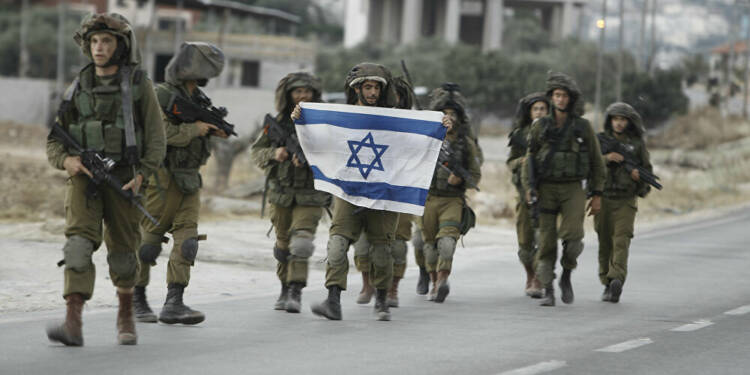 Israel’s Defence Minister has given a big and bold warning to Iran. Discussing Iran’s nuclear program, Defence Minister Benny Gantz threatened to conduct a military strike against Iran, if it is necessary. And Gantz is not talking about a low-intensity strike. He is talking about repeating Operation Opera, a devastating Israeli military assault carried out against Iraq in 1981.

Referring to Operation Opera, Gantz said, “Today in Iran — as it was 40 years ago [in Iraq] — a murderous and dangerous enemy, which is building arms of terror [to use against] the State of Israel, seeks to acquire a nuclear weapon to threaten Israel and the stability of the entire region.”
Gantz’s remarks are significant. Operation Opera remains one of the most daring Israeli military operations till date. It was a surprise attack carried out by the Israeli Air Force in June 1981 that annihilated Osirak nuclear reactor near Baghdad.

Operation Opera was carried out by an unknown number of F-15 interceptors and F-16 fighter aircrafts. The Operation was successful with no casualties to the Israeli Air Force and only a few losses among French technicians and Iraqi military personnel at the site.

The timing of Gantz’s remarks is significant. He has made the big threat of carrying out another Operation Opera, which means the Israeli military is eyeing Iran’s nuclear facilities. Interestingly, Gantz made the latest remarks a day after an alleged Israeli drone attack on an Iranian nuclear facility near Tehran.

The drone attack was a part of the Naftali Bennett government’s ongoing build-up against Iran. Last Saturday, that Iran’s nuclear power plant, Bushehr, reportedly faced an unexplained emergency shutdown. Also, after Ebrahim Raisi, a hardliner, got elected as Iran’s next President, Israel intimidated Tehran with a clear threat of attacking its nuclear facilities.

Israeli PM Naftali Bennett himself hinted at the Israeli role in the latest attack on Iran nuclear site. During a speech outside the Hatzerim Air Base of the Israeli Air Force, he said, “Our enemies know — not from statements, but from actions — that we are much more determined and much more clever, and that we do not hesitate to act when it is needed.”

Bennett too made a reference to Operation Opera and said that Israeli Prime Ministers have always had a “sacred responsibility not to allow an existential threat to the State of Israel. Then it was Iraq, today it is Iran.” The Israeli PM was speaking at the same event in which Gantz suggested carrying out an Operation Opera-like attack against Iranian nuclear facilities, if necessary.

The Naftali Bennett government is targeting Tehran, because of Ebrahim Raisi’s rise to power in Iran. The Iranian President-elect is a radical anti-semitist who seems to support Ayatollah Ali Khamenei’s vision of ‘wiping put Israel’.

During the Gaza war, Raisi had said, “The heroic resistance of Palestine once again forced the occupying Zionist regime to retreat and take another step towards the lofty ideal of liberating Holy Quds.”

He added, “The Palestinian resistance in Gaza and the Palestinian youth have been able to bring great victory to the Muslim and Arab ummah, bring honour to the Muslims and freedom seekers of the world, and compromising governments that have been competing for some time to normalise relations with the Israeli child-killing regime and make them more ashamed.”

So, you can imagine what Raisi will be upto when he assumes power in Iran. Anyhow, Israel seems to be in safe hands. Both Bennett and Gantz aren’t holding back on the Iran front. In a way, both of them continue to reflect the Netanyahu-era which Iran dreaded.

Benny Gantz was the Defence Minister even in the Netanyahu government, so he is simply continuing his job with all the experience behind him. On the other hand, Naftali Bennett is himself Netanyahu’s prodigy. He is leading a fragile, rainbow coalition but as of now, he does hold a tight grip on the West Bank settlements and Israeli security interests.

There was a sense of worry when the incumbent coalition took over from Netanyahu. But Bennett has not compromised with Israel’s security. Even when Hamas challenged the Naftali Bennett government with incendiary balloons, the Israeli military retaliated with air raids against the Gaza-based group.

Elements of Netanyahu’s rule are present in the Bennett government too. It is clear that as long as Bennett is the Prime Minister, Gantz is the Defence Minister, and the fragile coalition is not about to break, Israel’s national security won’t be jeopardized.

In fact, Bennett has been very clear about the fact that Israel “will not allow Iran to arm itself with nuclear weapons.” He even opposed Biden’s efforts for return to the 2015 nuclear deal and said, “Israel will not be a party to the agreement and will continue to preserve full freedom of action.”

Till now, Naftali Bennett has kept his promise of not letting Israel’s enemies assert themselves. And Gantz’s ‘Operation Opera’ threat suggests that Israel will continue jeopardizing Iran’s nuclear ambitions while safeguarding Israel’s position.

Coup against VP Harris: Progressive Democrats have destroyed Kamala’s border visit even before it began