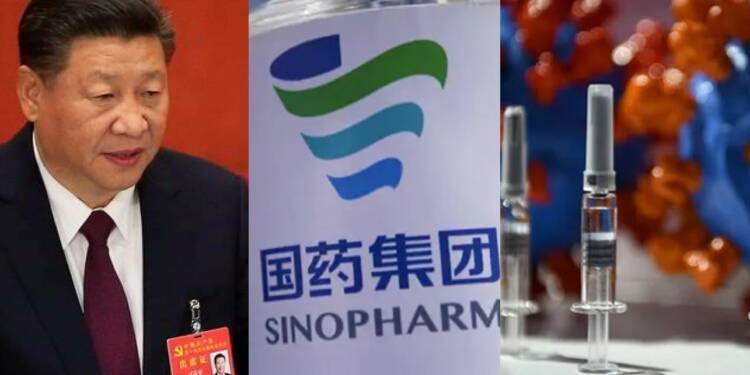 China, under the rule of Xi Jinping, has time and again proven that it can worsen an already bad situation. It is known that consumer business and trade is about supply and demand, and as the world is hungry for COVID-19 vaccines, China has ramped up its production to match the supplies. However, once the trust of a consumer is broken, the supply and demand equation gets affected. As the Chinese manufacturers like Sinopharm were stepping up vaccine production as a ‘gift to CCP’, the falling demand resulting from the beliefs of Chinese vaccines being ineffective, are turning these efforts to be nothing but a useless charade.

Chinese drugmaker Sinopharm completed the construction of a plant in Wuhan for mass production of a covid vaccine candidate currently under development, doubling its capacity to more than 200 million doses a year.

As reported by Asia Nikkei, Sinopharm refers to the plant as its ‘birthday present’ to the CCP, which marked its 100th anniversary on Thursday.

The company expects to more than quintuple its output capacity to 5 billion doses per year by March, thanks to a new factory in Wuhan and an existing facility in Beijing.

However, all these efforts may end up being a catastrophic tragedy similar to the ghost towns tragedy of China during its building-boom years.

Last year, China began its vaccine diplomacy effort by promising to offer a shot that would be both safe and effective in avoiding severe Covid-19 infections.

It was less clear at the time how effective it and other vaccines would be, in reducing transmission. Now, evidence from multiple nations suggests that the Chinese vaccines, particularly the latest varieties, may be ineffective at preventing the spread of the virus.

The experiences of those countries reveal a grim fact of a post-pandemic world: the degree of recovery may be determined by the vaccines that governments administer to their citizens.

Read more: Nations that accepted Chinese vaccines are bracing for a huge Covid disaster but Japan has come to their rescue

Nikolai Petrovsky, a professor at the College of Medicine and Public Health at Flinders University in Australia, said that with all of the evidence, it would be reasonable to assume that the Sinopharm vaccine had minimal effect on curbing transmission.

A major risk with the Chinese inoculation is that vaccinated people may have few or no symptoms and still spread the virus to others, he said. J.P. Morgan Asset Management recently revealed that 9 countries, including the United States and the United Kingdom, observed a drop in new cases after providing the Pfizer, Moderna, and AstraZeneca vaccines to at least 40% of the population.

In such a situation with the confidence of countries and their citizens plummeting regarding the Chinese vaccine, the increase in production would only leave many vaccines on the shelves and in the respective companies’ storage houses. As per the Nikkei article, whether based on WHO’s data or the companies’ own, “the protection efficacies for Sinovac and Sinopharm COVID-19 vaccines are lower than those from Pfizer and Moderna,” said Lu Shan, a professor at the University of Massachusetts Medical School. “It is due to the technology difference.”

According to Airfinity, a London-based science analytics company, China is predicted to lead the globe in COVID-19 vaccine production this year with over 6.5 billion doses, much exceeding the 4.5 billion expected in the second-ranked United States. However, due to a lack of trust in Chinese products, demand from abroad may dwindle, putting capacity at risk of being wasted.