A paranoid Jinping goes after Didi Global after its $4.3 billion Nasdaq IPO 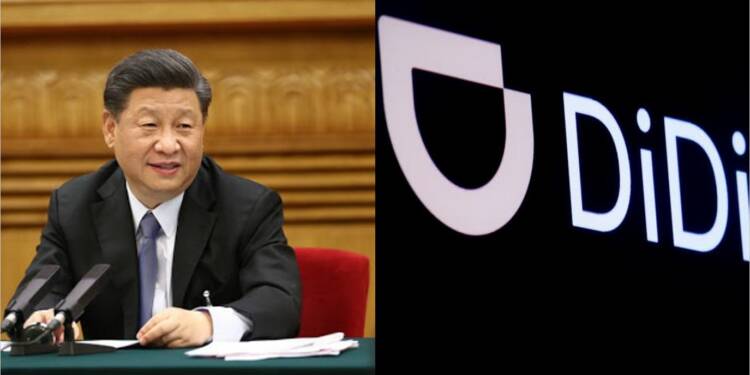 Didi Global to remove its app from app stores

The exercise of every company from China listing itself to the New York IPO has become scarier. Since last year, the Chinese Communist Party (CCP), under the direction of Xi Jinping, has been reining in other companies who have listed their IPOs earlier – Alibaba.com being the prominent exhibit. Since then, this mode of operations of the CCP has been continuing. China’s cyberspace regulator deepened turmoil in the country’s tech. sector on Monday, by announcing national security-related reviews of two more companies (that were recently listed in the U.S.), a day after unveiling curbs on ride-hailer Didi Global in the wake of its $4.3 billion New York IPO.

China could fear that the newly listed Chinese companies in the US are listed under the preconditions such as sharing the audit details with the US regulators as is the norm for companies from other countries. Chinese companies have been restricted by Chinese law to share these numbers with the US. Now, however, China is paranoid that the companies won’t follow the law. And under its paranoia, CCP is going on a cultural revolution-esque purge on its domestic tech companies and conglomerates to rein them in.

The Cyberspace Administration of China (CAC) said the reviews were “to prevent national data security risks, maintain national security and protect the public interest.” It stated that all companies were required to suspend enrolling new users while the reviews were being conducted. The moves extend a crackdown by the CAC, which on Sunday ordered Didi Global to remove its app from app stores, accusing the company of serious violations of laws on collecting and using personal data.

When analysts say that Xi Jinping is destroying what his predecessors so meticulously built, they mean the destruction of brand China as a concept of a country, which is supportive of the market economy, both domestically and internationally. And the current action of the Chinese regime under the direction of Xi Jinping is the most obvious example of the same. Even earlier, the Chinese President, by threatening to nationalize Jack Ma’s Ant Group Co’s Fintech operations, turned any future possibility of global investors investing in China to an absolute zero.

Xi Jinping is destroying China’s own money-making companies into non-profitable enterprises and making the ambassadors of brand China, disappear. This may have an extremely adverse effect on Chinese capitalist enterprise and may very well bring back the ‘good old days’ of Mao Zedong, filled with revolutions, unemployment and deadly famines.

The move casts a shadow over Didi Global, which listed in the United States on June 30 and is highly reliant on China for income and is likely to raise concerns about additional regulatory action against U.S.-listed companies.

“IPO investors must have confidence that they aren’t buying shares in companies that will immediately be fined or sanctioned,” said Brock Silvers, chief investment officer at Hong Kong-based private equity firm Kaiyuan Capital. “Should regulators fail to bar companies under investigation from accessing public markets, public markets may start to rethink their long-standing fondness for China tech.”

According to a report, a strong oversight is especially important for firms like Didi Global, which are listed in the United States and have foreign companies as their largest external owners. Didi Global denied over the weekend that it had passed over Chinese user data to the USA following its IPO on the New York Stock Exchange. According to the firm, all Chinese user and road data is stored on servers in China.

The regulator’s action caused a severe sell-off in the shares of groups invested in the CAC-monitored enterprises. SoftBank Group shares, the largest outside investor in Didi Global and (a supporter of Full Truck Alliance), plummeted 5.4% on Monday to their lowest level since December. Shares in China’s Tencent Holdings, which backs all three companies under investigation, dropped 3.6% in Hong Kong, to their lowest level since December 29.

Didi Global stock dropped more than 5% in New York after the CAC announced its review late Friday. They finished at $15.53 after beginning trading at $14 following the IPO last Wednesday. Monday’s markets in the United States will be closed. As per Asia Nikkei, Hao Junbo, a chief lawyer at the Hao Law Firm in Beijing, also told the Global Times that some of Didi Global investors are considering a class-action suit to seek compensation. These actions, going ahead will end up making an investment in Chinese companies more unviable and as things stand, Xi Jinping in his paranoia has already seemingly destroyed any shred of Brand China if there was any remaining.

Obama had set the Arab Spring in motion, Biden is starting the Horn of Africa spring

A Bennett-Putin meeting is happening, and it means curtains for the US in Middle East