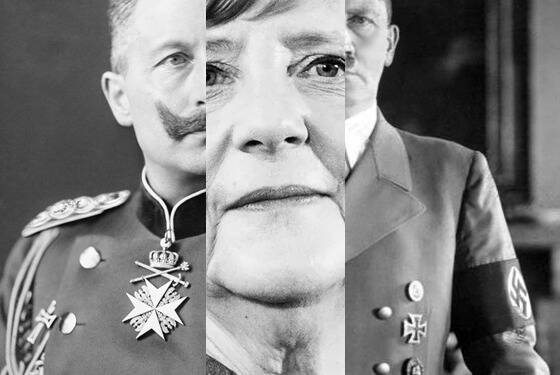 Germany has historically chosen wrong sides, and as a consequence has suffered defeats – humiliating ones. Ideally, a nation must learn from its past mistakes and make it a point to not repeat them in the future. However, Germany just cannot help erring. Especially under the leadership of Chancellor Angela Merkel, Germany’s foreign and geostrategic policy has been in the doldrums. Merkel has pushed Germany to become a pro-China, pro-Turkey and a rather sedentary, status-quoist EU power. Germany, and therefore Angela Merkel are the de facto leaders of the European Union. However, the geopolitical choices being made by Germany have antagonised many European countries.

Take for instance Germany’s sale of half a dozen submarines to Turkey, which will use these mighty underwater vessels in the Eastern Mediterranean and the Black Sea. Therefore, Turkey will be using German submarines against fellow EU member states – Greece and Cyprus. Greece and Turkey have been locked in a quarrel about the territorial status of Mediterranean Sea, with wannabe Khalifa Recep Tayyip Erdogan asserting Turkish rights over the oil and gas reserves in the Eastern part of the critical water body.

According to VOA News, the first of six German-designed submarines destined for Turkey was floated from its dock earlier this year and is scheduled to join the Turkish fleet next year. Five other Reis-class submarines are to follow over the next few years in a deal worth around $4 billion. Last month, Greece asked the European Union to impose an arms embargo on Turkey, but Germany, Spain and Italy rebuffed the request. Now, once again, Greece has stepped up diplomatic efforts to stall the German sale of submarines to Turkey.

What Germany is essentially doing is profiting from the hostilities between Greece and Turkey. However, it is once again on the wrong side of history, as Turkey’s illegal claims over the Eastern Mediterranean and Erdogan’s belligerence have hardly been given a miss by the free world order. Meanwhile, France is on the right side, and is supporting the winning team. In fact, it is an indispensable part of the winning team.

On Wednesday, Greece took delivery of the first of 18 French Rafale fighter jets. Greece signed a 2.3-billion-euro ($2.7 billion) deal in January for the Rafale planes, including 12 used and six new aircraft built by Dassault Aviation. They are to be delivered over the space of two years, starting this month. While France is weaponising Greece against Turkey, German Chancellor Angela Merkel on Thursday voiced support for closer ties with Ankara by updating the EU-Turkey Customs Union and a key refugee agreement. 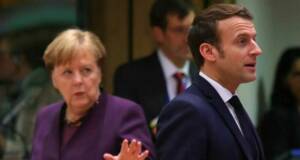 Merkel was quoted as saying, “My political view on this is well known. I didn’t believe that Turkey would become an EU member, and I still don’t see it joining the EU. But despite this I want to have very good relations with Turkey.”

Read more: With France and Germany moving in opposite direction, the great European project is set to collapse

Turkey, under Recep Tayyip Erdogan is fast turning rogue. It is almost triggering a third world war. In the Black Sea, it is asserting itself over Russia and other European powers. When it comes to the conflict between Azerbaijan and Armenia, Turkey in fact, armed Baku with UAVs which proved to be a game changer and ensured an Armenian defeat. Turkey has also been able to antagonise much of the Arab world.

Historically, Germany supported the Ottoman empire. With Erdogan aiming to revive the said empire, Berlin seems to be enthusiastic about getting into bed with Turkey, now more than ever. It would not be surprising for Turkey to be at the centre of a third World War. Germany, needless to say, seems more than eager to support Ankara. During World War I, when the state of Prussia was still around, German Emperor Wilhelm II (Kaiser) sided with the Ottoman Empire, and was among the first leaders to have initiated a chain of declarations of war in July, 1914 which ultimately led to the Great War.

The Germans and Ottomans lost the first World War. Then came World War II – and Germany emerged as the architect of the bloodiest war in history. The Holocaust of Jews and the devastation caused by the war itself can never truly be quantified. Germany is still haunted by the memories of the 1940s. The Nazis killed 10 million people in concentration camps, 6 million of whom were Jews. One would think that after losing two World Wars and executing the most horrifying genocide, Germany would calm down and realise the perils of associating with notorious states, especially Turkey. However, Berlin has learnt no lessons, and is helping Ankara bully fellow European nations only for petty financial gains.

Germany is making too many mistakes, and is serving a golden opportunity to France to assume complete control over the European Union. While Germany will remain stuck in the bygone era of Prussian-Ottoman bonhomie coupled with its newfound love for China, France, Greece and other European members will abandon Berlin completely. Perhaps then, Germany will learn its lesson.