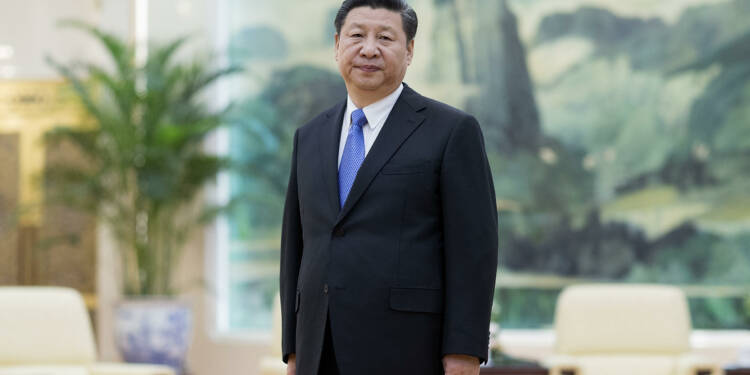 It is often said that one should not bite more than one can chew, however, it seems that Xi Jinping has lost the meaning of this saying in translation. Ever since he came to office, and that was eight years ago, Xi Jinping has led China towards a downward spiral in many aspects. While early on in his career, he took over a booming economy and a country that was being welcomed as a global power, but his actions have made the whole world wary of the intentions of Beijing and degraded its image significantly.

Be it the Wolf Warrior diplomacy, debt-trap diplomacy in the name of investment, salami-slicing sovereign territories of neighbouring countries, creating an atmosphere of distrust and aggression in South and East China seas, border clashes with India, running concentration camps in Xinjiang, irresponsible behaviour vis a vis COVID, which led to the subsequent pandemic, mask and vaccine diplomacy failures, the crackdown on business and in particular the tech sector, and poor media management, all of these have heavily impacted the perception about China world over, and now it has become synonymous with being the poster child of chaos.

Xi Jinping has been trying to consolidate his position as the numero uno in the Chinese Communist Party’s pecking order, and while he has succeeded in his endeavour, these failures have made him vulnerable to unprecedented situations. In his paranoia, he has started taking actions that are not only dangerous for his country politically, but also very well destroy his economy.

The Chinese Communist Party under Xi Jinping has tasked itself to plunge the country back into the dark days of Mao’s China. Since last month, China’s EduTech sector has become the next target of the megalomaniac autocratic leader who has been ravaging the Chinese economy to curb his own vulnerabilities. Larry Chen, the former school teacher who became one of the world’s richest people, has lost his billionaire status as China cracks down on its private education sector. After dealing a massive $800 billion blow to China’s tech giants in the last few months, a megalomaniac Jinping has now set his eyes on another blossoming sector.

While he is destroying the economy from within, he has also continuously made disastrous investments, be it the sinking artificial islands in the South China Sea, or officially entering the whirlpool of Afghanistan. While these developments would have been manageable, but in the past few years, Xi Jinping has made enemies with the whole world. He tried to employ wolf warrior diplomacy as a tool to browbeat countries backing on China’s economic might, but the experience with Australia has been a tough lesson for CCP and Xi Jinping.

This has come back to bite Beijing, as the countries whom it tried to pressurise have turned the tables with criticisms of China’s inhumane concentration camps in Xinjiang, the forceful take over of Hong Kong, and the debt trap diplomacy over smaller countries. The European Union. China has been accused of detaining a million Muslims, mostly Uyghurs, in ‘re-education’ camps where they are subjected to brainwashing, torture, and forced labour.

Read more: The latest war of words and French actions against Xinjiang cotton suggest that the EU-China investment deal is on thin ice

While the EU has been acting to pressurise China on the issues of Human Rights, other western countries too have joined in the action. On the other hand, Australia too has been taking action. During his June speech at the Perth USAsia Centre, Morrison said, “The risks of miscalculation and conflict are growing, the simple reality is that Australia’s strategic environment has changed significantly over recent years.  Accelerating trends are working against our interests. And the technological edge enjoyed historically by Australia and our allies are under challenge.”

Since President Xi Jinping took office, China has pursued an increasingly assertive foreign policy, bolstering territorial claims in the South China Sea, killing Indian troops in the Himalayas, and flying fighter jets over Taiwan on a regular basis. The world’s most populous nation, with 1.4 billion people, has also enraged the international community by crushing pro-democracy protestors in Hong Kong and the Uyghur ethnic minority in the country’s west.

In addition to this, Japan which usually stayed away from taking direct actions has been on a spree of economic activities in South and South-East Asia. While at the same time hitting hard at the Chinese manufacturing industry. As per a joint survey conducted by the Consulate-General of Japan in Hong Kong, the Japan External Trade Organization’s (JETRO) Hong Kong office and the Hong Kong Japanese Chamber of Commerce & Industry in July, about 56.5 per cent of Japanese companies based in Hong Kong have said that they were concerned about the new National Security Law.

While these actions are hurting China, there is no country that feels sorry for them, given the kind of brand, Xi Jinping has garnered for the country. Since the opening up of China, successive leaders have tried to project China as a progressive and modern country that can be relied upon on the international stage with responsibilities and has always maintained that it will never try to infringe upon the sovereignty of other countries and will work for hand in hand with them.

However, since Xi Jinping took office, he has done everything in his capacity to undo all the hard work of his predecessors which took decades to earn. In the last eight years, Xi Jinping has turned China from a possible leader of the Asian century to now being a poster child of Chaos in just eight years. This is both appreciable, for the sea change he has brought in such a small amount of time, and at the same time really sad for the country that could have contributed so much to the world.