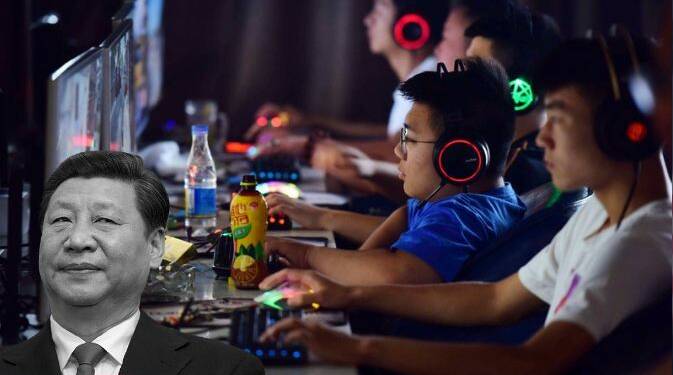 China’s Cultural Revolution of the 1960s meant that no element of traditional Chinese religion, spirituality, heritage and knowledge could be preserved. It all needed to be destroyed. China’s culture witnessed a systemic extermination, and was replaced by Communism. Mass murderers carrying around the Communist manifesto and other red books ensured that with the Cultural Revolution, a complete erasure of Chinese history is achieved. And these Communists were successful – until the digital age came around.

Today, China is grappling with what is seen by the Communist party as a menace. For a man who spent his youth working menial jobs in the Chinese countryside after his father was incarcerated by chairman Mao Zedong, Xi Jinping hates the sight of Chinese youth enjoying themselves. He expects them to lead a disciplined and boring life. They must work hard, score good grades and get to work – that’s just about it. Leisure has no space in the Chinese Communist dictionary. Therefore, after robbing the Chinese tech sector and crushing the country’s EdTech sector, the CCP – led by Xi Jinping has now turned its devilish eyes towards online video gaming.

Chinese state media affiliated with the CCP has been pushing anti-gaming propaganda of late, presumably as a precursor to the imminent crackdown which is coming against the sector. Shares in two of China’s biggest online gaming firms have slipped after a state media outlet called them “electronic drugs”. Tencent and NetEase shares fell more than 10 per cent in early Hong Kong trade before regaining some of those losses. An article published by the state-run Economic Information Daily said many teenagers had become addicted to online gaming and it was having a negative impact on them.

According to the article, “No industry, no sport, can be allowed to develop in a way that will destroy a generation.” The publication, affiliated to China’s Xinhua News then went on to liken online games to “spiritual opium”. On Wednesday, the People’s Daily, which is the official newspaper of the CCP, said in an opinion piece that “all sectors of society” needed to pay attention to, and join in, protecting minors from Internet dangers, purportedly referring to the ‘threat’ posed by online video games.

Meanwhile, China’s state-backed Securities Times newspaper said on Thursday that China should stop giving tax breaks to online video gaming firms because the industry has grown and some of its companies have now become globally influential players. This volley of Chinese state media attacks against the online gaming sector has given rise to a deep sense of palpable insecurity in the industry, which is why Tencent has taken some steps on its own to somehow dodge the bullet coming its way.

Both NetEase and Tencent have introduced measures to protect young players, including real-name registrations to play games. Last month, Tencent introduced a facial recognition feature on smartphones to verify that the gamer is an adult. However, after the Chinese state media attacks, Tencent on Thursday announced additional restrictions, like reducing the amount of time those under 18 years of age can spend playing the company’s games on non-holiday days from 90 minutes to one hour and on holidays from 3 hours to 2 hours. Tencent will also bar children under 12 years old from spending money on its games.

Furthermore, minors who misuse their parents’ identities for playing the games will be cracked down on. Video games can prove to be a gateway for users to learn about new cultures, especially those that existed in the past. For a regime which is completely and unabashedly anti-culture, the CCP is making no secret of the fact that it does not appreciate video games. The Chinese youth can be greatly influenced by online gaming. Furthermore, online gaming allows communication between various players within China. Like most things, this is a national security threat for China.

Online gaming provides an escape to Chinese youth. It allows them some leisure in an otherwise oppressive atmosphere with no freedoms. Video games have proven to be an outlet of expression in China, and therefore, Xi Jinping is now looking to crack down on them.

Xi Jinping has been reducing Chinese billionaires to millionaires by cracking down on the EdTech sector. Larry Chen, the former school teacher who became one of the world’s richest people, has lost his billionaire status as China cracks down on its private education sector. The tycoon’s net worth tumbled from $16 billion to just about $230 million in a matter of six months – a wealth evaporation of 99 per cent. This came after Xi Jinping dealt a massive $800 billion blow to China’s tech giants in the last few months with his anti-market practices.

The atmosphere in China is that of crackdowns. The practise is trending in the Communist nation. And the gaming sector is all set to be its next casualty.