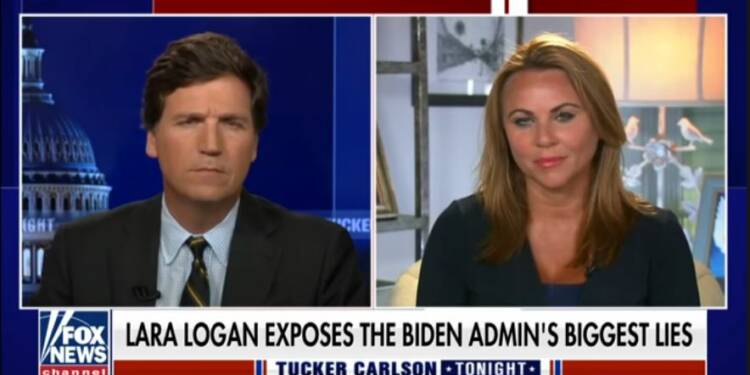 TFIGlobal had recently analysed Biden’s exit strategy in Afghanistan and concluded that the Biden administration did not just botch up the Afghanistan evacuation program, they might have deliberately planned it. And now, in the latest interviews with Fox Business as well as Fox News’s Tucker Carlson, Lara Logan shared her views, that vindicate TFI’s assessments. She is also a Fox Nation host and Afghanistan war journalist. She spoke about how the US military does not have the ‘political backing’ to use force in Afghanistan. She said the US has made a political agreement with the Taliban who are now, apparently, dictating to the world’s superpower what they can and cannot do. Further, Logan concluded that this, that is the Taliban take-over in Kabul, is the exact outcome that the Biden administration wanted.

These statements only go on to vindicate what we at TFIGlobal have been saying. Our Senior Editor, Shubhangi Sharma stated in a series of tweets, “If a superpower who’s had to surrender & is thinking about the big picture & not collateral damage, it would leave Afghanistan the way Biden did. A civilian autonomous govt was no good, a Pak-China-backed terror group that destabilises primarily Russia’s vicinity was better.

She went on saying that as for Taliban bid backfiring at Pak & China, that is a gamble they have been more than ready to take. Afghanistan was set for a great game among Russia, China, Pak, Iran & India. But leaving in chaos, strengthening Taliban, all tilt stage in favour of China & Pak but may also trap them. Going on she added, “a botched-up evacuation with no strategy may have been the strategy. Biden suspended Trump’s evacuation plans. Now, thousands of foreigners including Americans are Taliban’s hostages. The US is trading legitimisation of Taliban for safe evacuations & others are forced to deal with the Taliban too.

A botched up evacuation with no strategy may have been the strategy. Biden suspended Trump’s evacuation plans. Now, thousands of foreigners including Americans are Taliban’s hostages. US is trading legitimisation of T for safe evacuations & others are forced to deal with T too.+

Meanwhile, Logan told interviewers that, Secretary of Defense Lloyd Austin did not have the “backing” of the Biden administration to exercise the military capability of forces in the region and the U.S. was in a “political trap” because of the agreement that was made with the Taliban. She added that “We’ve reached a political agreement with the Taliban, who are now seemingly dictating what they can and cannot do to the world’s superpower, while repeatedly breaking their agreement. They’ve shattered it. The US, on the other hand, wants the Taliban in power in Afghanistan so much that they are willing to do anything to make the Taliban declare you reneged on the contract and we’re not going to deliver.” These statements not only vindicate the point TFIGlobal has been making but add further weightage to the case against the Biden administration.

TFI’s Sharma had also said something similar. “Biden is doing more to crown the Taliban king than to delegitimise and punish it. He sidelined crucial intelligence. He criticised civilian govt. No word on Pak complicity with Taliban. One or two mistakes can be discounted for old age, ineptitude. After that, it’s deliberate,” she said on Twitter.

TFI reported how the Biden administration was involved. President Joe Biden and his Secretary of State Antony Blinken were warned of a collapse of the civilian government in Afghanistan and a Taliban takeover of Kabul as early as July 13. But they pretended to remain clueless about it.

Using a special ‘dissent channel’ within the State Department, the cable – sent to Secretary of State Antony Blinken and another top State Department official – warned of ‘rapid territorial gains by the Taliban and the subsequent collapse of Afghan security forces,’ and offered suggestions on how to speed up evacuation and mitigate the obvious crisis slated to happen.

In the interview by Tucker Carlson and the other one with Fox Business, Lara Logan explained the kind of catastrophe Biden administration’s decision was, yet how intentional it was. And her statements and analysis not only vindicated the stand TFIGlobal has propounded, but also provides the whole picture in front of you.