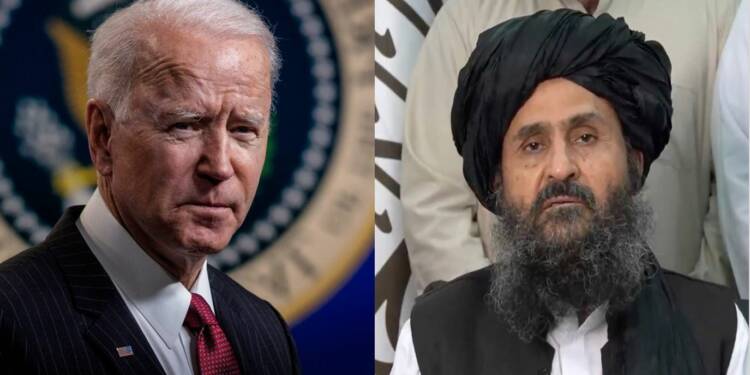 The Biden administration is being rounded up by the supporters as well as the others for its disastrous retreat from Afghanistan. However, Joe Biden is now trying to use the latest blasts on Kabul airport to shift the world’s attention away from his debacle as well as legitimize the Taliban as the official rulers of Afghanistan. Despite the devastating suicide bomb attack at Kabul airport on Thursday, President Joe Biden committed to complete the departure of American citizens and others from Afghanistan. He also vowed to revenge the killings, telling the perpetrators, “We will hunt you down and make you pay.”

In addition to this, U.S. officials in Kabul offered the Taliban a list of American citizens, green card holders, and Afghan allies in order to grant admission into the militant-controlled outer perimeter of the city’s airport, a decision that has sparked uproar among politicians and military officials behind the scenes. The move, which was disclosed to POLITICO by three US and congressional sources, was intended to speed up the evacuation of tens of thousands of civilians from Afghanistan after the Taliban seized control of the country last week. It also came at a time when the Biden administration was depending on the Taliban for airport security.

The desperate evacuation campaign of the United States of America and its allies from Afghanistan has dealt a huge dent in the image of Washington as the undisputed leader of the free and democratic world order. Currently, the U.S. has been reduced to an object of global shame and ridicule due to Joe Biden’s catastrophic and ill-thought surrender to the Taliban in Afghanistan. Leave alone evacuating friends of America and its allies, the United States is not even being able to successfully evacuate its own citizens from Afghanistan. And mind you, those who face the prospect of being left behind are people who have helped the U.S. and its allies throughout the 20-year long inconsequential war in Afghanistan.

Had it not been for them, the U.S. would have been chased out of the war-torn country much earlier. Now, when the Biden administration was supposed to ensure the safety of such people, it has simply shrugged off all responsibility. And this shameful conduct on the part of the Biden administration has not gone down well with Washington’s allies. Most recently, US ally France blasted Joe Biden for his mishandling of the situation in Afghanistan.

The administration has been widely condemned for a disorganised and disastrous evacuation that began only after the US-backed Afghan government collapsed and the Taliban took control of the nation. So far, more than 100,000 individuals, including Afghans, Americans, and others, have been evacuated. The accusations on Thursday were guaranteed to increase political pressure on Biden, who was already under fire for not starting the withdrawal sooner. However, Biden is trying to utilize this and make use of these attacks to shift the world’s attention away from its debacle and at the same time provide the Taliban the opportunity to gain legitimacy.