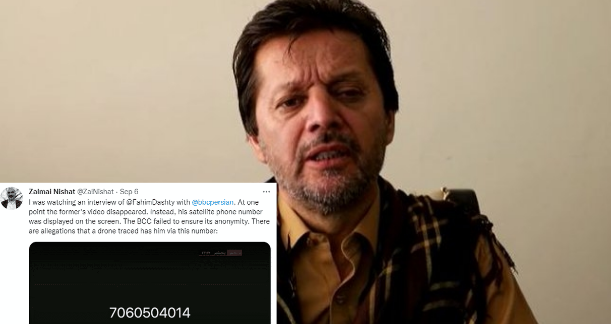 While when it comes to AL-Jazeera, there is no doubt of them being the Taliban apologists. And it was expected that Al-Jazeera would take a stand for the Taliban. However, it is the BBC, which has clinched the project of becoming the Taliban’s mouthpiece. The kind of positive coverage that the Taliban is getting from BBC among other media houses, makes one forget that it is the exact terrorist group that has created tales of brutality since its inception. And this is not it, the BBC during interviews is blatantly muting guests which bring out the reality of the Taliban-Pakistan nexus or how bad the situation is.

In a recent article titled, “The Taliban embrace social media: ‘We too want to change perceptions’”, BBC argued how the Taliban is using social media to present its humane and responsible side in front of the people. Anyone who listens about it will think that it comes out of any newspaper controlled by the Taliban, but to the world’s surprise, it is BBC. And now it is being reported how BBC knowingly or unknowingly helped the Taliban against the Anti-Taliban forces.

BBC’s tilt towards the Taliban

A tweet by a Senior Migration Expert, GIZ was watching an interview of Fahim Dashty, a close aid of Ahmad Massoud, with BBC Persian. At one point the former’s video disappeared. Instead, his satellite phone number was displayed on the screen. The BCC failed to ensure his anonymity. There are allegations that a drone traced him via this number and that led to his death.

I was watching an interview of @FahimDashty with @bbcpersian. At one point the former's video disappeared. Instead, his satellite phone number was displayed on the screen. The BCC failed to ensure its anonymity. There are allegations that a drone traced has him via this number: pic.twitter.com/oI7mANuVuP

Terrible news from Panjsher. Fahim Dashti fought hard for free media. He cared. May his soul rest in peace https://t.co/KxlXqIsBiR

After its news anchor, Philippa Thomas, “shut down” US researcher Christine Fair, a guest on the show, as she was describing the links between Pakistan and the Taliban, BBC News earned the wrath of Twitter users. “There has never been a risk-averse Pakistan, whether you’re looking at incredibly outrageous terror attacks in India or whether you are looking at the support of the Taliban in the 1990s and all that brought about. Even the fact that Pakistan harbours virtual petting zoos of terrorists in its own country with the hope they will only…,” Fair said as she was interrupted by Thomas.

Thomas then went on to tell the scholar that Pakistani diplomats would “firmly deny” what Fair was saying. “We have given you space to put your point of view, but we are going to leave it now,” Thomas said as Fair exclaimed that she was “doing their propagandist work”.

Quite gross from @BBCNews: our "impartiality" doctrine was used to basically shut down @CChristineFair when she explained #Pakistan's jihad policy in #Afghanistan that has brought us all to this catastrophe — an issue on which there is no "balance" or "other side", factually. pic.twitter.com/FSzXKLMExN

Husain Haqqani, Pakistan’s former ambassador to Washington and now the Hudson Institute’s director for South and Central Asia said in a tweet that the television anchor should have invited a Pakistani official to comment afterwards. “How is it @Philippa BBC’s job to shut a guest down?… As a news anchor, she should know that many people have the same analysis/view as @CChristineFair whether one agrees with it or not,” his tweet read.

How is it @PhilippaBBC’s job to shut a guest down? Surely, she could have invited a Pakistani official later to give their view. As a news anchor, she should know that many people have the same analysis/view as @CChristineFair whether one agrees with it or not. https://t.co/LrZfxNGhSx

All these examples paint a very grim and hopeless picture, where the so-called proponents of human rights and liberalism, are the ones practising the most suppression. And while we expected Al-Jazeera to be the Taliban’s mouthpiece, but BBC seems to have taken the lead this time.