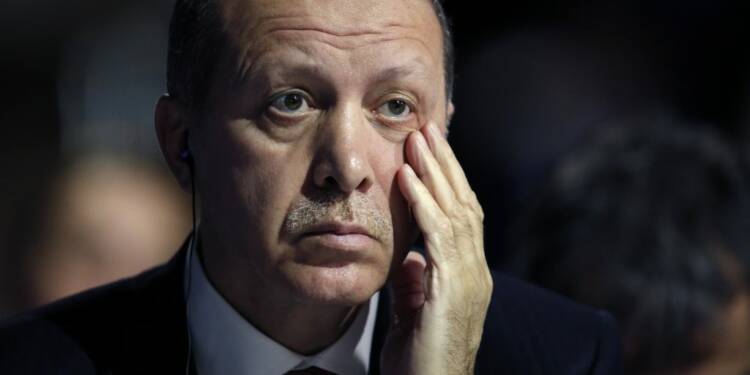 It was in 2019 when Turkish President Recep Tayyip Erdogan kick-started his perilous campaign to pursue his dreams of establishing a Caliphate. The Turkish President seemed confident in challenging the might of the undisputed leader of the Islamic World—Saudi Arabia.

Hence, efforts were made to establish a parallel Islamic bloc to the Organisation of Islamic Cooperation (OIC), an international Islamic organisation dominated by Arabs. Erdogan marshalled Pakistani Prime Minister Imran Khan and the then Malaysian Prime Minister Mahathir Mohamad for materializing his dreams.

A vigorous campaign of influencing the Muslims of South Asia was launched. Turkey strengthened support to its proxies operating illicitly in Kashmir and beyond. Turkey grew close ties with Pakistan, it strived to strike a chord with Bangladeshi Muslims while attempted to influence Indian Muslims through drama, culture, and entertainment.

Not just that, in his bid to checkmate Saudi Arabia and its Wahhabism imbibed in the Islamic World, Erdogan embarked on a precarious campaign to resurrect the past glory of the Ottoman Empire by 2023 when Turkey celebrates 100 years of becoming a republic. By reviving the institution of the Caliphate, Erdogan wanted to claim the moral, political, spiritual, and religious leadership of the world.

Resultantly, Hagia Sophia became the immediate casualty. Erdogan converted several century-old Hagia Sophia Byzantine monument in Istanbul to a full-fledged mosque commencing Friday prayers from day one to assert an Islamic ‘supremacy’ over other religions. This was resented by Christians the world over and Greece was more than vocal in its condemnation; however, nothing stopped the megalomaniac Turkish President.

But 2020 was the year when Turkish President Recep Tayyip Erdogan’s campaign of conquering the entire Islamic world lost its bearings. It took Arabs just a few months to tame the raging Caliphate inside Erdogan. This was the year when the Arab World normalized its ties with the Jewish state of Israel.

The signing of the Abraham Accords between the UAE and Israel drove the Turkish dreams straight into the ground. Turkey’s two fierce rivals—The UAE and Israel—unexpectedly buried the hatchet. The security dynamics suddenly changed for the worse for the Turkish state. Turkey desperately condemned the move by the Arabs despite itself having established considerable economic ties with the Jewish state.

Saudi Arabia’s informal trade embargo on Turkey started to show effects in October last year. The month witnessed a whopping 12.1% drop in Turkish exports to the Arab country compared to the last year. The only other top 20 export market for Turkish goods that month to record a double-digit decline was the United Arab Emirates (UAE), a key ally.

While Turkey battled Arab states on the economic front, another challenging front was thrown open by Israel. After Azerbaijan claimed victory in its last year’s fierce battle with Armenia, the Jewish state tiptoed to Azerbaijan and established itself as a prime driving force in the state’s security theatre. Azerbaijan is a close Israeli ally owing to the country’s longstanding animosity with its Shi’ite neighbour in the south—Iran. 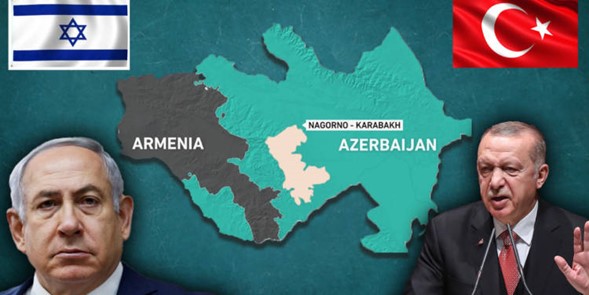 The fact that Turkish defeat at the hands of Israel in the Caucasus state of Azerbaijan had become imminent, Turkey started sucking up to Israel. The Turkish president said there was strong potential for cooperation between the two countries in fields including energy, tourism, and technology. From calling Israel a “terror state” to dialling its President and seeking enhanced, mutually beneficial ties, Turkey’s Erdoğan had come a long way.

Read More: Turkey is suddenly sucking up to Israel, because Israel has leveraged Azerbaijan against it

And now, Turkey is pressing forward its ties with the Arab world. Turkey’s first diplomatic high-level talks with Egypt began this week after a break of eight years. In the first statement after the meetings, the Foreign Ministry said Turkey and Egypt had agreed to continue political consultation talks and that they have a common desire to make progress in the areas discussed. Earlier this year, Turkey said it had resumed diplomatic contact with Egypt and wanted to improve cooperation after years of tensions that began with the disruption of relations in 2013.

Moreover, Erdogan is also keen to mend his ties with the Arab leaders. Last week, President Recep Tayyip Erdoğan held a phone call with UAE Crown Prince Mohammed Bin Zayed Al Nahyan for the first time after a year. As per the projections, the Turkish campaign of normalizing ties with Arab states could be around the corner.

Essentially, Erdogan’s precarious campaign of reviving the past Ottoman glory has been shattered. The journey that he embarked upon, to take down the Arab states and Israel, ended up as a major embarrassment for the highly ambitious Turkish President.