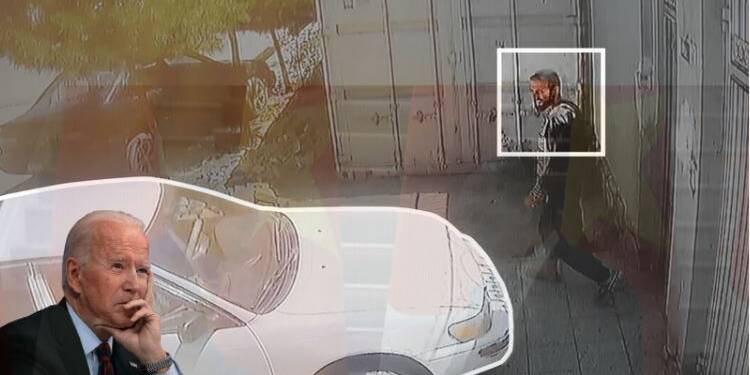 Joe Biden is the biggest embarrassment for the American people, as he has done what no one could think was possible, that is, bring down the prestige and geopolitical clout of the USA really low. The American population has lost all confidence that they had in him and are no longer willing to listen to the lies of the Democrats. However, the latest news reports paint an even worse picture, as the US drone bombing in Kabul based on the Taliban’s intelligence, as per reports killed an innocent and his whole family, and for what? Just so that he can redirect the growing outrage due to the botched up exit from Afghanistan against him someplace else.

According to the latest video evidence of a US bombing in Kabul, the US authorities may have attacked an aid worker rather than Daesh (ISIL or ISIS) fighters. According to a recent inquiry, the US drone strike in Kabul killed an innocent Afghan aid worker employed by an American NGO and the children who came to greet him, rather than a deadly terrorist driving a vehicle bomb. While the US official position is entirely different, but the reality is now catching up and it is clear as day that Biden resorted to killing innocent Afghans and is trying to use the deaths of these very people to tame the growing outrage against him.

Recently, a terror attack carried out by the Islamic State Khorasan Province, ISKP (ISIS-K) at the Kabul airport led to the death of at least 13 US troops. The ISKP suicide attack was not really a surprise and the US intelligence had already warned of the possibility of such an attack. US President Joe Biden vowed to avenge the death of American soldiers. He said, “To those who carried out this attack, as well as anyone who wishes America harm, know this: We will not forgive; we will not forget.” He added, “We will hunt you down and make you pay. I will defend our interests in our people with every measure at my command.”

In his efforts to make sure that the people are able to get some good news and to shift outrage against him elsewhere, he resorted to drone bombing and while he killed innocent people, the US government still maintains that they have killed the ISIS people involved in the attack.

US Drone strike and the aftermath

According to a disturbing new revelation, the drone attack that the Pentagon claimed killed an ISIS-K suicide bomber in Kabul instead struck an aid worker who had stuffed his car with water jugs rather than explosives. According to a New York Times investigation, Zemari Ahmadi, 43, was driving the 1996 Toyota Corolla that was destroyed in the August 29 drone hit, killing him and nine family members, including seven children. Despite the family’s latest account outlining how their ten relatives were murdered in the incident, the Pentagon claims that just three people died.

When US makes a claim, media lap it up as truth. But now a NYT probe reveals that the US drone strike in Kabul killed an innocent man and his family members, including 7 children. In the Nangarhar drone strike, US has yet to name the 2 ISIS-K "planners" it claimed to have killed.

The news organisation conducted on-the-ground interviews with survivors, analysed security camera footage and satellite imagery, and put it all together in a 10-minute film. Every step of the way, it becomes clear that the official version of events is untrue. Ahmadi had spent 14 years at Nutrition & Education International, an American NGO that helped hungry Afghans by setting up soy factories and distributing food. On August 29, he was going about his business, as usual, picking up coworkers on his way to breakfast and the NGO office in Kabul’s Karte Seh neighbourhood.

The car was surrounded by local children when Ahmadi drove home. The drone strike crew, on the other hand, stated they only saw one adult guy present. The car was then hit by a 20-pound Hellfire missile fired by an MQ-9 Reaper drone. Large secondary explosions, according to the US military, confirmed the car was a bomb meant to kill Americans at the airport. The Chairman of the Joint Chiefs of Staff of the United States, General Mark Milley, is one of the people who has stated this.

The tragedy that Joe Biden created

Ahmadi had applied for a special visa to travel to the United States with his family just days before his death. Instead, they were killed in a drone attack dubbed the “killing of a Daesh-K facilitator” by the Pentagon. The Taliban and local media both instantly claimed that people had been killed in the strike. Three adults and seven children were killed in the end. There cannot be a bigger tragedy than being killed in a drone bombing by the same authorities with whom you worked for more than a decade and then declared to be an Islamic State terrorist and be forgotten. Mr Biden and his accomplices do not just have blood on their hands, but they have also killed humanity a million deaths by such actions.

Joe Biden would have thought that scapegoating a no-name would help him tame the outrage while keeping him safe. However, these revelations will make sure that he is made answerable by the people for such actions.