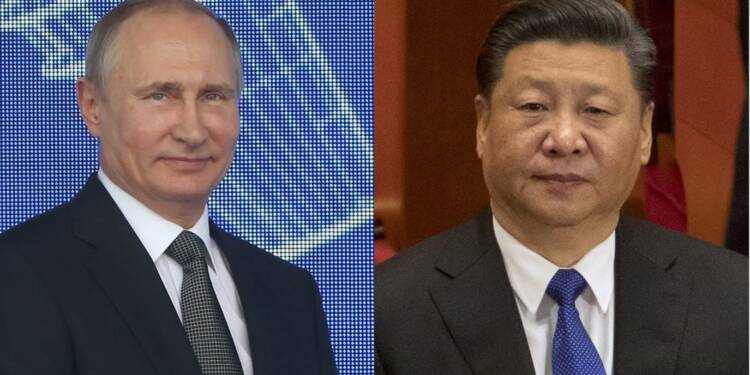 Russia is about to carry out a small diplomatic coup, which is likely to catch China napping. The China-led Shanghai Cooperation Organisation (SCO) is supposed to meet at Dushanbe, Tajikistan to discuss the prevailing situation in Afghanistan after the Taliban’s takeover. However, Russia is playing spoilsport, by actively coalescing a group of anti-China forces against the China-Taliban nexus.

Russia will take away much of the spotlight surrounding the China-led SCO summit from September 16-17, by organising the Collective Security Treaty Organization (CSTO) meeting in Tajikistan’s capital simultaneously.

Moscow is therefore looking to influence Central Asian countries like Kyrgyzstan, Kazakhstan and Tajikistan who form part of both the SCO and the CSTO, and also remain concerned about a spill over of Taliban fighters into their territory after the extremist group’s resurgence in Afghanistan.

Russia and India getting together against the Taliban?

Meanwhile, it has also been reported that India’s External Affairs Minister Dr S Jaishankar will meet Russia’s Foreign Minister Sergei Lavrov on the side-lines of the SCO summit in Dushanbe.

India and Russia are thus building on their common understanding that there should be no rush in recognising the Taliban regime that has taken over Afghanistan. This message was also conveyed to New Delhi by Nikolai Patrushev, Russia’s Secretary of the Security Council General, during his recent visit to India.

Ever since the Taliban came to power, there was a lot of suspense regarding the side that Iran will pick. Traditionally, a Russian ally, Iran has got deeply influenced by Beijing in the recent past with the Chinese Communist Party (CCP) throwing billions of dollars at the Shi’ite nation.

Recently, China agreed to spend a whopping $400 billion in Iran as a part of a 25-year cooperation agreement with Iran. Within Beijing, there is a strong expectation that closer ties with Iran will compel the Shi’ite nation to align its policies with China’s interests.

If Iran chooses Russia, it would naturally lean against the Taliban but if it chooses China, then it would support the Taliban.

Russian President Vladimir Putin had a phone call with Iranian President Ebrahim Raisi on Tuesday. The Kremlin Press Service stated, “Considering the President of Iran’s participation in the September 17 Shanghai Cooperation Organization summit in Dushanbe as an observer, the sides discussed ongoing issues within the framework of this organization.”

Putin was also supposed to attend the SCO summit in Dushanbe, where he was expected to meet Raisi. However, the Russian President had to cancel his visit due to self-isolation after contact with a COVID patient.

In any case, Russian diplomacy is in full swing with Moscow backing Iran’s bid to join the SCO as a full member. Iran, which is presently an observer member at the SCO, is desperate to join the intergovernmental body because the Iranian Supreme Leader is trying to push the agenda of ignoring the West and forming closer ties with Eastern powers.

However, Beijing isn’t ready to accept Iran as a full SCO member despite the Shi’ite nation’s desperation, because it fears that any such move would alienate the US even further and accelerate the process of decoupling between the US and China.

So, China is worried about the diplomatic costs that it will have to entail if it agrees to admit Iran as a full SCO member.

Therefore, while China isn’t letting Iran join the SCO due to its own selfish motives, Russia is openly supporting Iran’s SCO membership bid. This further corners China within the SCO itself. Ultimately, Russia will be able to capitalise upon the growing anti-Taliban sentiment within Iran, while creating a rift between Beijing and Tehran.

The SCO might be a China-led initiative, but Russia is using it for creating an alliance against the China-Taliban nexus. Meanwhile, Beijing has been caught napping.