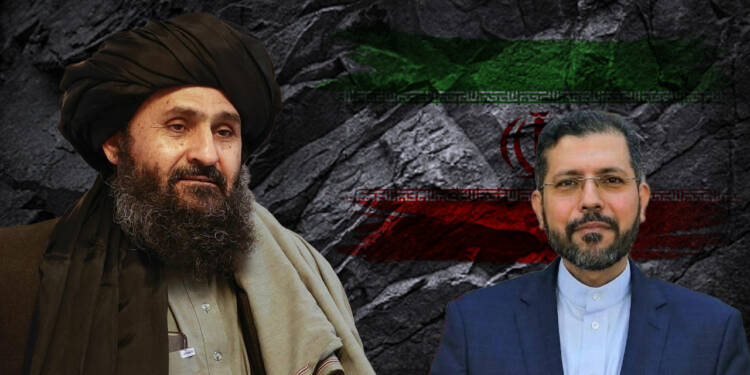 The situation around Afghanistan is building quickly and things are gradually getting clear. The Northern Alliance, which is a broad coalition of the anti-Taliban resistance forces operating in Afghanistan’s Panjshir Valley, has faced some sudden setbacks. External forces like Pakistan have brazenly supported the Taliban and the Pakistan Air Force is said to have carried out armed drone attacks in the Panjshir Valley. However, a broad coalescence of anti-Taliban forces is becoming clear with Iran slamming the Sunni extremist group. This has some major geopolitical meanings concerning other regional actors like India, Pakistan, China and Russia.

However, the Taliban is now facing the wrath of Iran. The Shi’ite nation has directly condemned the Taliban’s attacks against the Panjshir resistance forces. Iran’s Foreign Ministry spokesman Saeed Khatibzadeh said, “The “martyrdom” of the Panjshir commanders is utterly disappointing. Iran in the strongest way condemns last night’s attacks.”

By labelling Panjshir commanders as ‘martyrs’, Tehran has made it clear that it opposes the Taliban and an initial attempt to praise the ‘new’ Taliban has fizzled out.

Interestingly, Iran has its own militias, including the Fatemiyoun brigade that consists of Shia Afghan refugees in Iran and members of the Hazara Shia minority inside Afghanistan. Yet, it is pushing back against external powers supporting the Taliban inside Afghanistan and is also commenting about the Northern Alliance.

Stern warning to Pakistan and China

Khatibzadeh also said, “I strongly warn that all red lines and obligations under international law must be observed. Iran is closely following developments in Afghanistan.” The Foreign Ministry spokesman then proceeded to issue a strict warning. He said, “Afghan history shows that direct and indirect intervention will only result in the defeat of the aggressors.”

Iran is quite clearly angry about the involvement of the Pakistan Army and the ISI, Pakistan’s external intelligence agency, in Taliban’s offensive against the Panjshir resistance forces.

So, the message to Pakistan is loud and clear- stop hobnobbing with the Taliban or else Iran-backed militias will go hammer and tongs after you in Afghanistan.

The message to China is also implicit here. Iran does value its partnership with China, because of American sanctions. However, this doesn’t mean that Tehran will follow China’s diktats blindly. At the end of the day, Pakistan and the Taliban are Tehran’s enemies, and if China wants to back Iran’s enemies, the Tehran might as well sever its improving ties with China.

Convergence of interests between India, Iran and Russia

Iran is basically showing the intent of playing a responsible security role in Afghanistan. And it is ready to coordinate its efforts with India and Russia, both of which are Tehran’s old friends. India’s Minister of External Affairs, Dr. S. Jaishankar has overseen an impressive diplomatic outreach to the Ebrahim Raisi regime which recently came to power in Iran. On the other hand, Iran itself has welcomed India’s security role in Afghanistan.

Despite some short-sighted warmth towards the Taliban, Iran’s aversion towards the Taliban because of the Shia-sunni divide has come to surface. This is going to make Russia happy, as it also shows that Tehran is ready to cooperate with Moscow instead of landing in Beijing’s lap.

At the end of the day, Iran itself understands that Russia is Taliban’s enemy and China’s partner.

In any case, a coalition of Iran, Russia and India to push back against the Taliban in Afghanistan makes a lot of sense. Even during the 1990s, Russia, Iran, Tajikistan and India had pushed back against the pro-Pakistan mujahideens in Taliban.

In fact, India’s first foreign military base is located near Farkhor, Tajikistan. It was established to help the anti-Taliban front, Northern Alliance until the Taliban’s ouster in 2001. Indian Air Force technicians used to service and repair air assets– Mi-17 and Mi-35 helicopters– for several years till 2001. According to HT, an Indian daily, technicians from the Aviation Research Centre (ARC)– a wing of India’s external intelligence agency, R&AW– were also involved in service activities at the Farkhor airbase.

The West may have abandoned Afghanistan, and Pakistan and China may be looking to ravage whatever remains of the war-torn nation, but Moscow, Tehran and New Delhi are clearly ready to push back against the Taliban.