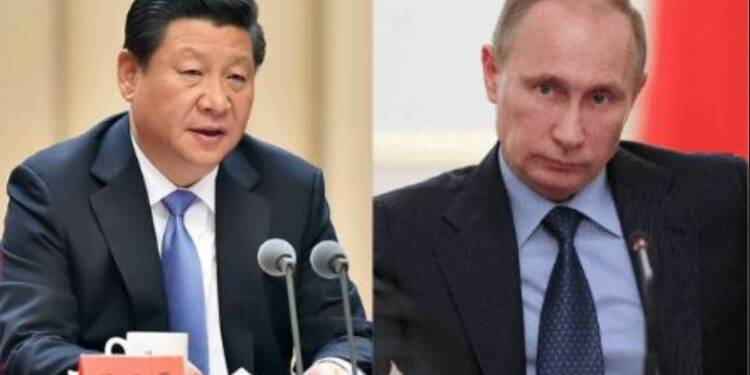 A Twitter handle presumably related to the Northern Alliance, which is presently fighting the Taliban from the Panjshir Valley in Afghanistan, tweeted, “Generally speaking, it was a difficult night. War is fought on logistics. Taliban just don’t have better logistics, but also better intelligence. Someone is providing them with constant images of the gaps in our line’s. Someone with satellite! It’s not just the Taliban we fighting.”

Generally speaking, it was a difficult night.War is fought on logistics. Taliban just don't have better logistics, but also better intelligence. Someone is providing them with constant images of the gaps in our line's.Someone with satellite! It's not just the Taliban we fighting

Taliban could be using Chinese intelligence

The latest tweet alleging the role of external forces in providing intelligence input to the Taliban fighters does not make reference to human intelligence. It essentially talks about “someone with satellite”. Now, the Taliban has only two unabashed supporters in the region- Pakistan and China.

Now, we will use the elimination method. Pakistan is a primitive terrorist State and hardly has any technological prowess to use satellite imagery and help the Taliban with intelligence inputs. On the other hand, China does have enough assets to help the Taliban with satellite imagery and intelligence inputs about the Northern Alliance formations in the Panjshir hills.

China forced to help the Taliban

For China, helping the Taliban with its satellite imagery and sophisticated technology is not really a matter of choice. Taliban really holds China hostage with reference to whatever the Chinese authorities are up to in the far western province of Xinjiang.

China is presently tormenting one million Uighur Muslims in concentration camps in Xinjiang. On the other hand, the Taliban possesses a strong bargaining tool against Beijing in the form of the Afghanistan-based East Turkestan Islamic Movement, or the ETIM, a group of Uighur fighters who have one goal in their lives – to liberate Xinjiang from the clutches of the Chinese Communist Party.

So, China is faced with two options- help the Taliban with everything you have or face a major freedom movement in Xinjiang waged by armed ETIM fighters. Presently, it seems that Beijing has chosen to help the Taliban in Panjshir as a consideration for not facing the ETIM in Xinjiang.

In fact, Tajikistan is actively supporting the Northern Alliance, which is leading the ongoing resistance against the Taliban from the Panjshir Valley. Recently, Tajikistan decided to award the country’s highest civilian honour to the Lion of Panjshir Ahmad Shah Massoud and former Afghan president Burhanuddin Rabbani.

It may be noted that Massoud was known as the Lion of Panjshir and led the strongest resistance against the Taliban from his stronghold in the valley until he was assassinated two days before 9/11. This was a token gesture by Tajikistan to suggest that it is going to back the Northern Alliance in its battle against the Taliban.

Moreover, there were also some reports about the Northern Alliance receiving military equipment, weapons, and other supplies from Tajikistan. But Tajikistan had denied these reports.

While Tajikistan is the main regional force seemingly backing the Northern Alliance, Tajikistan itself enjoys Russia’s blessings. Being a post-Soviet State in Central Asia, Tajikistan maintains close cultural and military ties with Moscow.

In fact, Russia is the net security provider in the Central Asia region and after the resurgence of Taliban triggered fears of infiltration of terror elements into Central Asia, Moscow immediately got into the act. Russia has been carrying out some big military exercises with Uzbekistan and Tajikistan, as a part of its efforts to directly take on the Taliban when things go down to the wire.

Russia-backed Tajikistan’s perceived support to the Northern Alliance has been yielding positive results. There have been frequent reports of the resistance forces based in Panjshir inflicting heavy losses and casualties upon the Taliban. The Northern Alliance also claims to have stockpiled sufficient weapons out of the Soviet occupation-era and the supplies carried by migrating Afghan security forces when the Taliban was overrunning Afghanistan.

The Taliban is a security threat for Russia and its Central Asia allies, whereas the extremist group is a partner for Beijing.

However, Russia will not let China have its way in Afghanistan. Moscow has vast experience in handling proxy wars and militant groups in the Middle East and other parts of the world. If China thinks it can win an indirect armed clash against Russia in Afghanistan, it is certainly mistaken.

Russian President Vladimir Putin is going to destroy the Taliban, and he does not care if he has to throw China under the bus in the process.

Biden is probably behind Ukraine’s newfound aggression against Russia