China knows it will not be accepted in CPTPP, but it is gambling away all its might to break it apart 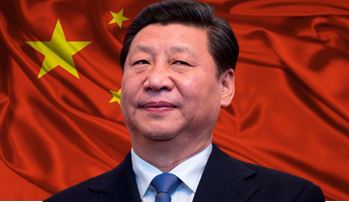 Earlier this month, China surprised everyone by submitting an application to join the Comprehensive and Progressive Agreement for Trans-Pacific Partnership (CPTPP) or what is also known as TPP-11,  a group of eleven Asia-Pacific nations that form the biggest trading bloc in the region. China’s formal bid to enter CPTPP is surprising. At the end of the day, China remains a fundamentally socialist State and doesn’t meet the standards of economic freedoms demanded by the CPTPP.

Under Xi Jinping, China has become even more authoritarian and whatever economic freedoms remain in China are also getting eroded due to tight regulatory measures. So, an intention to drive a wedge in the CPTPP and exclude Taiwan is what explains Jinping’s CPTPP gamble.

China has no intentions to join the CPTPP

At the outset, China has no intentions to join the CPTPP. In fact, at a time when Xi Jinping is looking to take complete control of the Chinese society and economy, it is somewhat self-contradictory for Jinping to try and join the CPTPP.

If China becomes a CPTPP member, it will have to make radical changes like allowing free flow of data across borders. In reality, Jinping is moving in the other direction- China is enforcing a data security law to pave way for stricter state control.

Trying to drive a wedge in CPTPP

It is not as if Xi Jinping doesn’t know that China can’t join the CPTPP. He is however looking to drive a wedge in the TPP-11 on the premise of joining the trading bloc. It is well-known that Australia and Japan, the de facto leaders of the CPTPP, do not want to join the free trade bloc.

Also read: If China wants to join CPTPP, it will have to pay a huge price, Japan and Australia make it clear

Interestingly, China did not approach Tokyo or Canberra, before applying for CPTPP membership even though they are the biggest powers inside the trading bloc. China chose to appease a pliant New Zealand instead, and approached the Kiwi government for submitting its application.

China also contacted Singapore, a founding member of the CPTPP, as a part of its last-minute strategy before submitting a formal bid to join the trading bloc. Chinese Foreign Minister Wang Yi managed to secure his Singaporean counterpart Vivian Balakrishnan’s assurance that the city-state welcomes China’s interest in the CPTPP. Moreover, Malaysia has already expressed its support for China’s CPTPP entry, which puts more pressure on China’s opponents.

Also read: After waging a trade war for over a year, China now begs Australia for its entry into CPTPP

China is looking to create two factions in the CPTPP – one consisting of Japan and Australia, who oppose China with all their might and the other consists of New Zealand, Malaysia and Singapore, who are supposedly not as staunchly opposed to the Communist nation as Canberra and Tokyo.

China’s CPTPP application also has a defensive angle. The communist nation also understands that Taiwan wants to join the trading bloc, which would end up legitimising the self-ruled island nation’s independent status.

Also read: China out, Taiwan almost in: Japan and Australia are running TPP like a boss

On Friday, Japan appreciated Taiwan’s bid to join the CPTPP. Economy Minister Yasutoshi Nishimura said, “We consider Taiwan a very important partner with which we share fundamental values such as freedom, democracy, basic human rights and rule of law.”

China’s bid to join the CPTPP is a means to divide the two factions in CPTPP and ensure that Taiwan gets isolated, or at least, fails to garner the unanimous support needed to join the trading bloc.

China’s maneuvers will eventually lead to create friction amongst the TPP members, especially as Japan and Australia are hell bent to stymie China’s bid to join the free trade pact. Ultimately, China will not make the necessary reforms to qualify for CPTPP membership. All it will do is to divide the CPTPP and isolate Taiwan.

Trudeau wanted to expand his foothold in Canada, ended up shrinking it