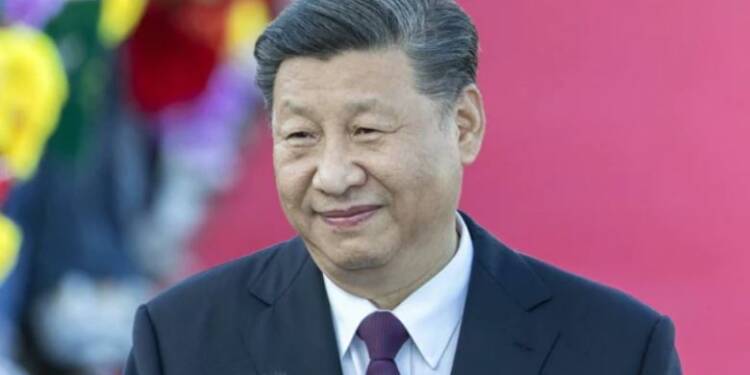 China has realised that it is fast turning into a global pariah with no real friends. China has become a subject of global agony. It has caused global devastation with the Covid-19 pandemic, and its belligerence against a multitude of countries in the Indo-Pacific is only exacerbating its woes. At some time, China was bound to realise that it is waging an unfeasible anti-democratic campaign around the world. Riding high on its supremacy horse and on the false idea of it being at the centre of the world, China has put itself in some real red zones. A decent economy until recently is beginning to sink; people are turning against the regime, countries are turning against Beijing, and above all, Xi Jinping is turning insecure.

Now, China seems to be taking baby steps towards behaving itself. Xi Jinping seems to have realised that he was running China to the ground at an unprecedented pace. Therefore, China is sending countries around the world the feelers, apart from even reassuring its own citizens.

Pathogen Labs of China to be Scrutinised

Chinese President Xi Jinping has woken from his complicit slumber and has warned that Chinese laboratories handling deadly pathogens will face closer scrutiny now. The Chinese president made the comments at the first-ever Politburo study session dedicated to biosecurity. Jinping went on to classify biosecurity as a national security issue.

According to the South China Morning Post, Xi Jinping has told the Communist Party leadership, “Biosecurity is an important part of national security and a force that affects and can even reshape the world”. The CCP general secretary added that at present, traditional biosecurity issues and new biosecurity risks are superimposed on each other, and biological threats from overseas and domestic biological risks are intertwined. Jinping pushed for China to increase its oversight of laboratories handling dangerous pathogens.

China has courted international fury for its handling of the Covid-19 pandemic, and its rather convenient policies which allowed the virus to travel far and wide even as the CCP locked down China domestically. Furthermore, allegations are rife of the CCP knowing about the novel Coronavirus outbreak much before it was publicly reported even in China. The world would not have been in the pain it today is in, had China functioned like a normal country without a criminal and sadistic mindset.

Ever since the pandemic began, countries from around the world have grown wary of China. Today, Beijing finds itself in a dearth of partners and in an environment of growing democratic hostility towards it. So, by trying to rein in pathogen labs within China, Jinping is trying to send a message of rapprochement to the free world.

It must be remembered that China is still not quite sure about how the world will respond to the Winter Olympics it is planning. China wants the winter games to be a resounding success, but it knows the world is not very happy about participating in the event. China is dealing with a large number of participating nations who are least interested to be a part of the games. So, this will ultimately dampen the mood at the games, and they will end up in failure for Beijing. Japan, in particular, is very agonised with China over its complacence in failing to control the Covid-19 outbreak domestically, which stole all thunder from the Tokyo 2020 Olympics, which were held only this year with a number of restrictions in place.

The Evergrande Group, China’s second-largest property developer, is about to collapse at any time due to its unsustainable debt burden, downgraded credit rating and a very real possibility of default by the real estate group. Evergrande’s imminent collapse is now threatening to leave 1.5 million buyers waiting for finished homes. Simply put, Evergrande is too big to fail for China. If it defaults, then it could be the final blow for China’s highly strained economy. Evergrande’s dipping fortunes could hit China’s real estate market, ultimately affecting everything from the jobs market to property prices.

Now, in order to bring a sense of calm within China, the CCP has told financial institutions to help local governments stabilize the rapidly cooling housing market and ease mortgages for some homebuyers. At a meeting chaired by central bank Governor Yi Gang, authorities told financial institutions to cooperate with governments “to jointly maintain the steady and healthy development of the real estate market and safeguard the legitimate rights and interests of housing consumers.”

According to Bloomberg, regulators asked banks to refrain from cutting off funding to developers all at once. It directed lenders to continue supporting projects under construction and approve mortgages for buyers of homes that are qualified for pre-sales.

So, the indications are pretty clear. Xi Jinping has started behaving himself – even if he is taking baby steps. Jinping is now trying to become the good boy, who wants to help the world recover from the pandemic and prevent future outbreaks. He is also trying to alleviate the woes of Chinese people who find themselves in the midst of a crisis triggered by the fall of China’s real estate sector. But China’s image is bruised like never before, and Jinping just does not have it in him to fix things globally.