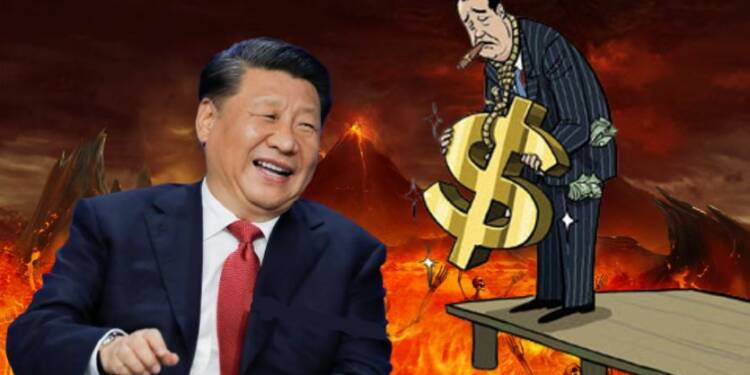 China started off as a communist nation with a pledge for absolute equality in 1949, after the Chinese Communist Party (CCP) took over. Rich people were killed or looted, in order to establish equality at a practical level. This meant that there was no scope for luxury goods to find a market in China.

However, Deng Xiaoping, a former Chinese President, decided to open up the Chinese economy in the 1980s and with stunning growth in the coming years, China became a good market for luxury goods. Yet, luxury brands are now coming full circle in China, as Xi Jinping’s “common prosperity” is reducing China into a hellhole for luxury brands.

Also read: Rich kids of China cannot flaunt their wealth, because Jinping will look for them, find them and target them

China used to be a paradise for luxury brands:

China once used to be a paradise for luxury brands. The communist nation does not have a lot of traditional elites because pre-communist era landowners were either robbed of their wealth or murdered by the Mao Zedong regime.

However, after the Chinese economy opened up, the CCP officials made millions of dollars in kickbacks. Some entrepreneurs like Alibaba founder Jack Ma too, generated a lot of wealth. There is an offensively rich second generation in China called Fuerdai that spends heavily on iPhones, luxury automobiles, expensive shoes, jewelry and high-end handbags.

Also read: It is Jinping’s fear of Jack Ma that is driving CCP’s crackdown on Chinese celebrities

According to Bain, a management consulting services firm, China accounts for 35% of all luxury sales worldwide. Bain expects China’s shares in global luxury sales to rise to 50% by 2025.

Despite China’s dominance in the global luxury brand sales, the country is suddenly becoming a hellhole for luxury goods. LookLook, a consumer research firm that works with luxury brands, surveyed 100 expensive-brand purchasers in China. Every one in ten respondents in the survey cited Xi Jinping‘s crackdown on excessive shows of wealth as a reason for their reluctance to spend much on buying ultra-expensive goods.

As per LookLook CEO Malinda Sanna, one participant in the survey study cited a desire to not “attract unwanted attention,” as a reason for growing reluctance to buy luxury goods. Sanna said, “We’ve never heard that before”. She added, “I think the demand is definitely still there, but they’re being cautious”.

Some fashion brands in China are even encountering shoppers who look for low-profile goods without catchy logos or designs. Patricia Pao, CEO of the Pao Principle, a consultant for luxury brands in China, told CNN that people  “don’t want to just walk around with big LVs anymore”.

Premium liquor brands, such as baijiu maker Kweichow Moutai, also have witnessed a significant decline in their sales.

People in China often get intimidated by the CCP’s crackdowns and perceived opposition to show off wealth. After coming to power, Xi had purged his opponents within the CCP, in the garb of a huge anti-corruption campaign. At that time too, China’s luxury market had slowed down. Xi’s anti corruption campaign was launched in 2012, and as per Bain, in 2013, mainland China’s luxury market grew by just 2%, compared to 7% the previous year.

A similar sense of austerity seems to have gripped China, as Xi has cracked down on tech companies, edutech entrepreneurs and profitable tutoring. In fact, Xi is looking to curb show of wealth amongst China’s rich elites. At a major CCP meeting in October last year, the Chinese President even remarked that China’s development was “unbalanced and insufficient”. Xi Jinping hinted that he wants “common prosperity” by 2049, when the People’s Republic of China (PRC) will be celebrating its hundredth anniversary.

The rich Chinese citizens have picked Xi‘s message – you will be punished, if you have wealth. So, for Chinese people, there are only two ways of staying safe – don’t collect much wealth and if you have any wealth, don’t show it.