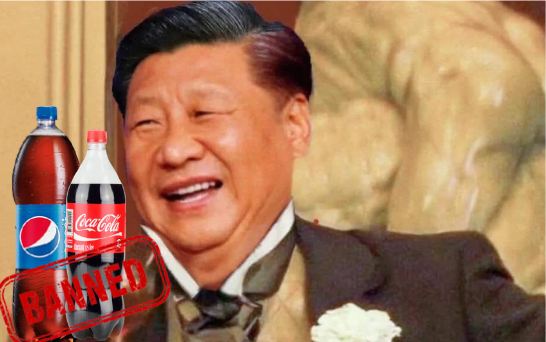 Under the Chinese Communist Party of General Secretary Xi Jinping, anything under the sun can be banned. Businesses, private education, religion, video games, startups, and now, karaoke songs – they can all be banned anytime. It’s the season of bans and crackdowns in China. One would have thought that human liberties, freedom and dignity are the only aspects that are strangulated by the CCP. But as it turns out, the Xi Jinping regime has also turned anti-luxury. In line with Jinping’s ultra-Communist “common prosperity” goals, food and beverage sellers are the latest to fall in the line of fire.

China’s customs authority published new food safety rules in April stipulating all food manufacturing, processing and storage facilities abroad need to be registered by year-end for their goods to access the Chinese market. These rules are set to kick in from January 1, and China is not granting any grace period to food and beverage sellers. According to a Reuters report, makers of Irish whiskey, Belgian chocolate and European coffee brands are scrambling to comply with new Chinese food and beverage regulations.

Why is China Cracking Down on Food and Beverages?

China’s food imports have surged in recent years amid growing demand from a huge middle class. According to the United States Department of Agriculture, they were worth $89 billion in 2019, making China the world’s sixth-largest food importer. One possible explanation for China cracking down on foreign food and beverage items in the aftermath of the Covid-19 pandemic could be the economic downturn under which the Communist nation is reeling, which has severely lowered the purchasing power of Chinese consumers.

Imported food items and beverages are all bracketed under luxury items. So, the middle class and affluent sections of Chinese society are their primary consumers. However, recent economic indicators coming out of China have revealed how the country is going through a very rough patch. It would naturally translate into demand for such items falling in China, which in turn, would lay bare before the world the actual fiscal and economic health of China.

Being rich in new China has become a taboo. People are refraining from flaunting their wealth and avoiding spending excessive money on buying luxury products. On the contrary, a curious trend is emerging in the Chinese stock markets. Investors are flocking to those shares that deal in products related to low-end and cheaper goods produced for consumption in rural China.

Anything luxurious and flashy will surely invite strict scrutiny from Chinese regulators, but investing in staple and durable goods – meant for consumption by the poor and rural Chinese folk – will be awarded by the Chinese government. It must be remembered that the CCP has been cracking down on industries and sectors which grew too rich, influential and powerful, and who were in a position to severely challenge the Xi Jinping regime.

So, Jinping took the first step and cracked down on the tech, Edu tech and fintech sectors. Private education and all large-scale businesses were also hammered by the CCP. The primary purpose of these crackdowns was to rein in these sectors. For the past few years, the food and beverage sector – especially that which is dependent on imports, witnessed strong growth. With its growth came the growth of its influence and consecutive setbacks for local manufactures. Now, by restricting the imports of foreign food and beverages, China is looking to aid domestic sellers.

Essentially, the shrunken purchasing power and capacity of Chinese consumers are being covered up by the CCP. But the Xi Jinping regime is not being able to fool everybody around the world, least of all us.

After Merkel’s exit, EU suddenly finds Putin a nice guy to work with