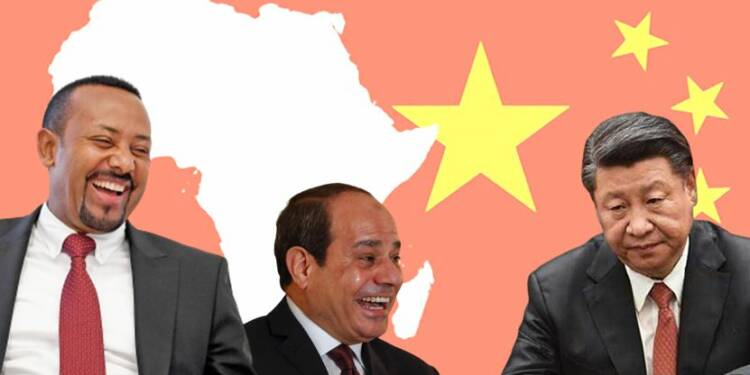 So, Biden has lost his Ethiopia battle. The US President was looking to support the Tigray People’s Liberation Front, or the TPLF, and destabilise Ethiopia in order to shore up its own influence in the Horn of Africa. But with Djibouti refusing to allow an attack on Ethiopia from the US military base in the country, and not much happening on the Sudan front either, Ethiopians have managed to push back against American interference.

Now, there are no talks about Addis Ababa falling or Ethiopia getting ravaged by TPLF forces. Meanwhile, China attempted to capitalise on the American defeat with a goodwill mission to the African country. However, its desperate attempt has been foiled by the Egyptians.

China attempts to capitalise on the USA’s defeat in Ethiopia:

Ethiopians have won their own battle against Joe Biden with support from the Emiratis. However, China tried to project Ethiopia’s victory as its own victory, in an attempt to penetrate its influence into security and military sectors in the Horn of Africa.

Also read: Ethiopia is the latest flashpoint in the ongoing US-Russia Cold War 2.0

Chinese Foreign Minister even visited Ethiopia on December 1 and met his Ethiopian counterpart, Demeke Mekonnen. At a press conference, Wang Yi tried to play the big brother and said that his country rejects any foreign interference in Ethiopia’s internal affairs. He also said that China opposed any attempts to impose external political interest on the African country’s domestic issues and fervently supports the Ethiopian government and Prime Minister Abiy Ahmed.

A desperate Wang Yi was acting as if it was China that fought Ethiopia’s battle against external powers and protected the African country. For China, Ethiopia is an extremely crucial player in the African continent.

According to the China Africa Research Initiative at Johns Hopkins University, Ethiopia borrowed $13.7 billion of the $148 billion in loans that Beijing has doled out to the continent from 2000 to 2018. China has established deep business interests in the African country with investments of over $1.5 billion.

Also read: Ethiopia is a cake that both China and the US want a piece of, and it will lead to a clash

Make no mistake, China has made extensive investments in Ethiopia, and it feels that now is the time to extract the maximum possible leverage out of the African country. This explains Wang Yi’s rather unusual remarks during his Ethiopia visit.

While China tried to expand its influence in the region, the Emiratis, who supported the Ethiopian government against the TPLF forces, don’t want any foreign power including China to exercise greater influence in the Horn of Africa. The UAE and its allies like Egypt are more concerned about retaining substantial influence in countries like Ethiopia.

Therefore, Egypt has cancelled out Wang Yi’s attempts to associate China deeply with Ethiopia’s fightback against the US-backed TPLF. Egyptian figures actually rushed to criticise Yi’s Ethiopia visit. Major General Ahmad al-Awadi, chairman of the Egyptian parliamentary committee on defense and national security, stressed that his country rejects any move that would undermine peace and stability in the region.

Also read: US Envoy defies Biden’s approach towards Ethiopia as soon as he witnesses the ground realities

Awadi made it clear that picking any side in the Ethiopian-Egyptian conflict would lead to chaos in the region and make Egypt angry. He further warned that any such attempt would destabilise the region and adversely affect the Grand Ethiopian Renaissance Dam (GERD) conflict.

How Egypt’s remarks allow the UAE to retain its influence in the Horn of Africa:

Egypt’s remarks ended up striking panic in the strategic circles in Beijing. Egypt showed that it was miffed by Beijing’s attempts to get too close to Ethiopia, and subtly suggested that any such attempt could strain the Sino-Egyptian relations.

From China’s perspective, Addis Ababa is an important partner with a pivotal role in the Horn of Africa. However, Cairo is no less important, as Egypt has the capability of becoming a regional stronghold as a country that links northeast Africa with the Middle East.

This is why immediately after Awadi’s remarks, Chinese Ambassador to Cairo Liao Liqiang reassured Cairo and recognised Egypt as a major strategic partner in many fields. Liqiang affirmed that his country will expand cooperation with Egypt.

China thus stands warned about how it cannot take its relationship with Ethiopia too far. Meanwhile, the Emiratis keep exploring the possibility of expanding their relationship with Addis Ababa. This helps the UAE maintain some sort of a primacy in the Horn of Africa region, while limiting China’s role to the extent of Egypt’s sensitivities.

Egypt has thus helped the UAE foil China’s “goodwill mission” to Ethiopia with its own charm offensive. Egypt has cancelled out such attempts.

The Arab allies have a simple logic- they want to maintain their influence in the region and won’t allow external powers like China to come in and eat into their influence.

Jinping slashes CCP Members’ salaries by a third, a move that can be the end of the Dictator