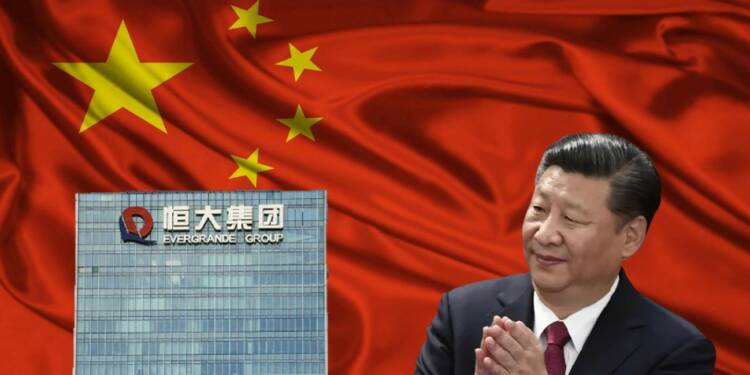 Evergrande has defaulted. Global credit rating agency – Fitch Ratings, cut Evergrande to “restricted default” over its failure to make two coupon payments by the end of a grace period. The failure might trigger cross defaults on the developer’s $19.2 billion debt. Once considered too big to fail, Evergrande had disclosed more than $300 billion of total liabilities, as of June. While the Shenzhen-based company’s demise was purely a market failure, its market resolution still lied in the hands of the Chinese government. Now that the cat is out of the bag, the Chinese Communist Party has reportedly begun panicking. The process of Evergrande’s nationalisation seems to have begun.

According to popular Twitter user @zerohedge, local governments in China are beginning to seize Evergrande’s land assets, citing failure by the indebted housing giant to develop these properties. The user remarked, “The nationalization begins.” The news came in the backdrop of reports claiming that Chinese authorities are scrutinising the assets of China Evergrande Group and its chairman, Hui Ya Kan.

Evergrande Land Seized by Local Govt on Lack of Development.

According to a Reuters report, “Representatives from state-owned entities are now steering a newly set-up risk management committee at Evergrande and the authorities’ previous findings show Evergrande’s liquidity crunch is more complicated than expected.” Chinese officials also said that there would be no immediate and hasty fire sale of Evergrande’s assets just yet. This adds strength to the chatter of the Chinese regime swallowing Evergrande whole all by itself by nationalising the debt-ridden property developer.

Bailout Not an Option for China:

A real estate bubble exists in China. Property developers are highly indebted. What’s worse, most of these developers’ bond maturities are due in 2022, meaning it is time for them to pay up. But then, these companies are in debt; they have a nasty nexus with Chinese banks who loaned them large sums of capital blindly despite being aware of the risks; and finally, they are all in the same boat of debt.

In an ideal scenario, the CCP could have bailed Evergrande out. But that is not how Xi Jinping operates. Why save a sinking ship when you can transfer its ownership to yourself while being aware of how to save it from dropping down to the ocean bed? That is what Xi Jinping intends to do. Bailing out Evergrande would set an example in China. If Xi decides to help Evergrande avoid default, then it might send a wrong signal to Chinese businesses that consider themselves “too big to fail”. Such businesses could start taking excessive risks because the government would help them anyway if they run into trouble. All indebted companies will begin looking up to the CCP with a begging bowl in their hands, and China will be turned into a fickle economy grasping at multiple last straws.

Read more: The politics behind the fall of Evergrande and why Jinping won’t save it

Nationalisation of Evergrande will Pave the Way for Jinping to own China:

Already, land in China’s urban areas is owned by the State and land in rural areas is owned by ‘collectives’ (rural collective economic organisations). The State retains ownership of state-owned land at all times. An investor in such land only acquires the ‘use’ of that land for a certain period – known as ‘Land Use Rights’ (LURs). So, the CCP already owns China.

But the Chinese regime started eyeing private companies, businesses and enterprises as the Covid-19 pandemic began unfolding in China from 2019 and all through 2020. This year, China’s greed for taking control of private companies and destroying sectoral hegemonies entirely came to be known around the world. By taking over Evergrande, beginning with its land assets – the CCP has begun usurping the debt-ridden developer. One by one, every major private player in China will find itself nationalised and under the control of the CCP.

Indonesia is well on its way to go nuclear, and it’s a direct message to Beijing