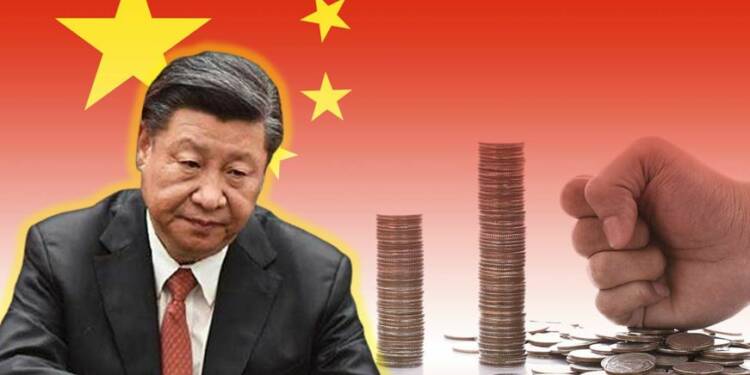 Xi Jinping thinks he is smart. He thinks he can throw Chinese companies off-track and snap their financial sources. However, Chinese entrepreneurs are much smarter than the Chinese President and are openly defying his IPO crackdown and restrictions on share listing in foreign markets.

Take for instance EcoFlow that manufactures portable batteries. It relied on US crowdfunding platforms including Kickstarter, and has raised over $9.7 million on Japan’s Makuake also.

EcoFlow co-founder and chief executive Wang Lei said, “It is no exaggeration to say we are a star in crowdfunding.” Wang added, “We are keen to adopt this approach. When we launched a project on Makuake, I personally read all the posts from potential backers using translation software, and worked all night to reply to them.”

And it is not just the startups that are getting reliant on foreign markets. Even big companies like Midea Group, a home electric appliance maker, are looking at crowdfunding to raise money in foreign markets.

Crowdfunding allows such companies to raise money from people and organisations that do not have a direct interest in the ventures themselves. And since crowdfunding generally involves support from early adopters, startups especially have a good chance at raising funds through this source.

Crowdfunding by startups and other Chinese companies are bypassing Xi Jinping’s big IPO crackdown. Earlier this year, the Xi Jinping administration prepared a blueprint that would allow Beijing to prevent Chinese companies from listing overseas even if the unit selling shares is established outside China.

Xi Jinping made it pretty clear that he wants all enterprises to seek clearance from the Chinese government.

The exercise of every company from China listing itself to the New York IPO has become scarier. Since last year, the Chinese Communist Party (CCP), under the direction of Xi Jinping, has been reigning in other companies who have listed their IPOs earlier – Alibaba.com being the prominent exhibit. Since then, this mode of operations of the CCP has been continuing.

By closing in on a gap that has been exploited for two decades by technology behemoths ranging from Alibaba Group Holding Ltd. to Tencent Holdings Ltd. in order to attract foreign capital and list offshore, Xi wanted to totally block foreign capital for Chinese companies.

According to data compiled by Bloomberg, the Chinese crackdown on overseas listing threatened about 70 private firms based in mainland China and Hong Kong as of July. Xi was therefore stopping all these private companies from raising capital in foreign markets as a part of his vindictive campaign against tech giants and other enterprises.

The most prominent of all such crackdowns was, of course, the crackdown on Uber-like Didi Global Inc. within days of a U.S. trading debut. Didi had raised $4.3 billion in a New York IPO, after which Xi unveiled curbs on the company followed by a sweeping restriction on Chinese companies on raising funds in foreign markets.

Such was the fear of reprisals in Chinese companies that instead of going through regulatory procedures and listing their IPOs, they started abandoning their listing plans. Xi thought he won his ego battle with private companies.

However, Chinese companies are now smartly bypassing Beijing’s IPO crackdown by raising funds through crowdfunding, which is a new but similar way of raising capital. It serves their purpose without violating Xi’s curbs.