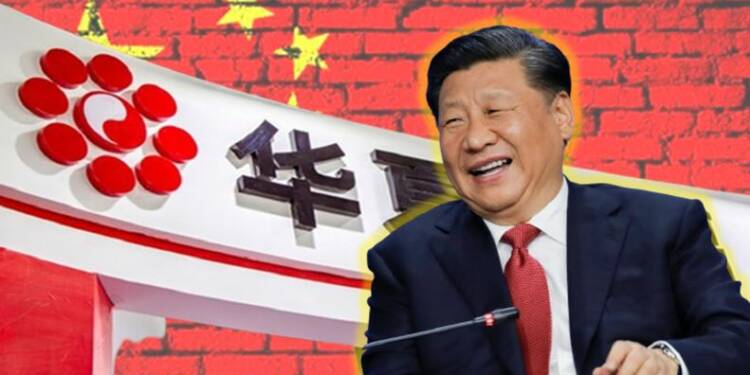 The Evergrande crisis of China has led to a series of companies in China defaulting on their huge loans. Fantasia Holdings, Sinic Holdings, Modern Land China, and China Properties have all defaulted on offshore notes. Evergrande has itself defaulted already over its failure to make two coupon payments by the end of a grace period. The failure might trigger cross defaults on the developer’s $19.2 billion debt. Fantasia Holdings Group failed to repay $206 million in debts due on October 4. How many companies are these? One, two, three, four, five, six – oh, and seven. Shimao Group Holdings Ltd. – another real estate giant of China is on the verge of collapse as well.

A series of Chinese real estate giants have been tumbling like a house of cards. You would think nothing worse could happen to China’s real estate sector, right? How could things go even worse for Chinese developers? They’ve hit rock bottom already. But with China, miseries are really never over, which is why a debt-laden real estate developer has now been fleeced by a money manager that it gave $313 million for investment in 2018.

Fortune Land robbed off its fortunes:

It is almost as if the universe is conspiring against China, don’t you think? I mean, how does a debt-ridden real estate developer get robbed off its money, and how does it continue calling itself “Fortune Land”? It’s hilarious – what is happening in China. Fortune Land has “lost contact” with China Create Capital Ltd., a British Virgin Islands-registered firm to which it handed over $313 million in 2018 in hopes of receiving an annual return of 7%-10% through 2022.

Guess what Fortune Land has done to get back at its robber? It has contacted Beijing Police! But here’s the thing, the money manager which has stolen $313 million from the real estate giant is registered in the British Virgin Islands, and unless China has miraculously become the ruler of the world, there is no way that money is being recovered.

In 2018, one of Fortune Land’s overseas operations signed a deal that entrusted a company called Wingskengo Ltd to provide investment management services to the property developer. In a sad statement filed with the Shanghai Stock Exchange, Fortune Land said it is now unable to contact Create Capital, adding there is “no way to judge” what impact the missing money will have on its current and future profits.

Interestingly, Fortune Land was among the first real estate giants from China to fall. The company defaulted on a $530 million dollar bond in March this year. A real estate bubble exists in China. Property developers are highly indebted. What’s worse, most of these developers’ bond maturities are due in 2022, meaning it is time for them to pay up. But they have no cash to pay up, and getting robbed by foreign players serves them no good.

Chinese investors are no patriots. They are neither loyal to the Chinese Communist Party (CCP). They are simply concerned about the safety of their money. In China, being a wealth-oriented person or enterprise is nothing short of a crime. So, Chinese investors have found a clever way around the CCP’s ruthless oversight.

Chinese investors are beginning to park their money in Japan because it is much safer outside the communist nation. The rich within China no longer feel their assets are safe, so, they are looking for alternative destinations to safely park their money. They are transferring their money to Japan in the form of crypto, and their partners in Japan convert the same into Yen which is safely parked in the Japanese real estate sector.

Patriotism, as is evident, has gone for a complete toss in China. The Chinese Communist Party has corrupted the nation beyond redemption. People parking their money overseas, and debt-ridden Chinese companies getting fleeced in broad daylight of hundreds of millions of dollars is just the concoction which will fuel China’s demise.

‘Offence is the best defence,’ Alibaba is back with an offensive strategy against Xi Jinping