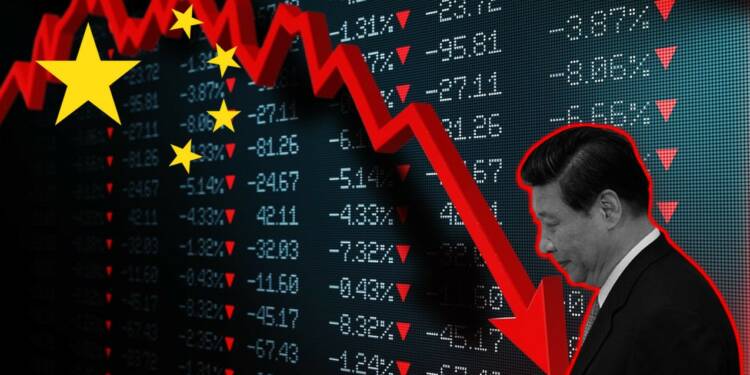 It is often stated that one should always respect the teachers and the institution which has equipped them with the tools to fight for a better future. A similar situation has presented itself to the Chinese President Xi Jinping. Sun Liping, a sociology professor at Tsinghua University, the alma mater of Chinese President Xi Jinping, recently gave a harsh critique of the current state of all the indicators of Chinese socio-economic as well as military aspects.

Sun wrote a series of articles tying together the Viya tax fine, cuts in public servants’ pay, the issue of property taxes and the “bogus tax” of Bazhou — a troubled city in Hebei Province that recently started to charge companies a tax allegedly covering “procedural costs,” violating regulations. As per the Nikkei Asia report, Sun stated that the current situation in China is comparable to the collapse of the guano bubble economy in Peru in the 19th century.

Guano, which is a deep accumulation of bird droppings found in particularly great supply on Peruvian islands, was a popular fertiliser in Europe at the time. Guano was mined in vast amounts and shipped to Europe in large numbers. The guano trade delivered huge revenues to Peru, resulting in a bustling economy. Peru’s government and military were bloated as a result of the bubble economy, and their spending skyrocketed.

The guano deposits eventually ran out. However, the Peruvian government was unable to reduce the number of public officials quickly enough, and infrastructure projects required additional funding. People were unable to break their extravagant habits rapidly. Peru’s finances crumbled as a result, and the government had no choice but to impose high taxes.

If this tells you anything, then Professor Sun is comparing the Guano situation to China’s excesses real estate market. He suggested that today’s Chinese economy has a comparable “alchemy” in the form of local governments selling land-use rights. Sun refrained from making a direct comparison between China’s historical fast growth and Peru’s bubble economy. However, he claims that what is happening in China right now is not unlike that historical occurrence.

China has been manipulating its economic and financial data for years now. Its criminality is finally beginning to catch up with it. The Chinese Communist Party (CCP) suddenly finds itself clouded by several crises – whether it be the imminent collapse of China’s real estate sector complemented with a massive financial crisis or the country’s energy crisis which refuses to abate. Investors are fleeing China as they realise that they have been putting their money in a deep and dark well from where it can no longer be recovered. This manipulation has become even more pronounced since the real estate tumble.

The situation has gotten so worse that even the local governments are going rouge. Many provinces in China are refusing to extort their citizens. They have a simpler solution, don’t pay your employees, and save money. A social media post written by a Hangzhou municipal government employee has gone viral in China.

Pay cuts in Tianjin are around 20%. Shanghai has reported a case with a 30% reduction. The salary of a police station chief is expected to be cut significantly from the present 350,000 yuan. And significant pay cuts were also observed in Guangdong and Jiangsu.

When home prices were soaring, local governments could make a lot of money by selling property developers the right to use state-owned land at any time. Land earnings were used by local governments to increase the number of employees, raise their compensation, and build infrastructure. But, as it nears the end of its useful life, this overly handy alchemy is disintegrating. The highly expansionist development strategy is already over, as the financial crisis of property developer China Evergrande Group exemplifies.

Read more: China’s Hegang city was once bustling with coal, now it is bankrupt

The latest exhibit is Hegang, a Chinese city in Heilongjiang Province bordering Russia. It is one of the many Chinese cities struggling to fill the hole in its coffers amidst mounting debt burden and weak revenues due to the property crisis in China. Last Thursday, the city announced a plan to cancel the hiring of lower-level government workers. The city administration stated that a fiscal restructuring plan has brought “significant changes to the city’s financial condition.” Hegang was once a coal-rich industrial hub, but now it is an example of what the future holds for China as the economic bubble bursts.