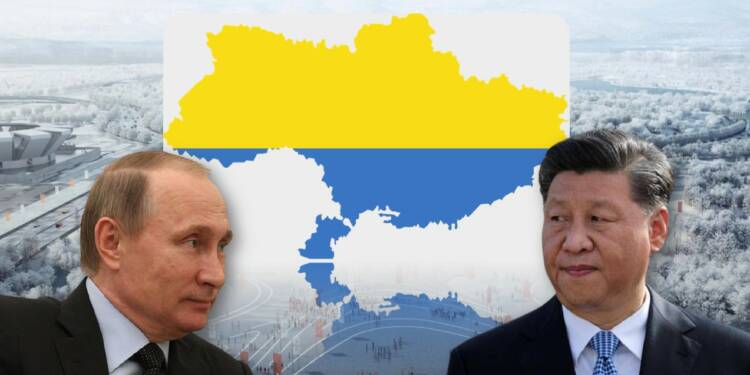 China has invested a gargantuan USD 3.9 billion in the Winter Olympics infrastructure and has announced that all 26 athletic venues will be powered by green energy. For Chinese President Xi Jinping, a lot is riding on these games. They must be an absolute success and must convince the world that China has arrived as a global superpower ready to take on the United States. Jinping wants to tell the world that China is just as important as the U.S. is today, if not more. However, all such plans could go down the drain if Russian President Vladimir Putin decides to play spoilsport.

Xi Jinping is banking on the success of these Winter Olympics to drive him to power as China’s president for an unprecedented third term. You see, Xi Jinping has ruffled many feathers within the Chinese Communist Party, and now, not everybody wants to see him remain in power beyond Autumn this year. The Beijing Winter Olympics are Jinping’s mainstay to retain the confidence of his party members.

The Russian president has said he will join Xi at the opening ceremony of the Beijing Winter Olympics on February 4. According to Bloomberg, the last thing Xi needs is for Putin to overshadow China’s big moment by triggering a global security crisis with the U.S. and Europe. Xi called Putin an “old friend” when they chatted in mid-December. Well, this ‘old friend’ of Xi’s could pull a fast one over him this February.

What do you think will occupy global headlines in February? The Beijing Winter Olympics or a Russian invasion of Ukraine? Surely, it’s going to be the latter. If Vladimir Putin decides to invade Ukraine, it will have to be in February itself, because come March, and eastern Ukraine’s frozen winter landscape begins to turn to cloying mud in ‘spring thaws’ that military analysts in Moscow and the West believe would hinder a rapid Russian incursion.

And if Moscow does invade Ukraine next month, or even until March 20 – around which time the Paralympic Winter Games will conclude in Beijing, Xi Jinping will find global headlines being dominated by Russia, Europe and the United States. China will figure nowhere, and the billions of dollars that Jinping has spent trying to project his country as a force to be reckoned with will all be turned to dust.

Russian forces continue to arrive in Belarus for joint military drills from February 10 to 20, amid U.S. and NATO alarm that they could be used to attack Ukraine from the north. Is Putin preparing for a two-frontal invasion of Ukraine? Guess we, and China will know soon enough.

If Russia does invade Ukraine when the Beijing Winter Olympics are afoot, it would also mean that Russian leaders – including Putin – would not be able to attend the opening and closing ceremonies of the Games. NATO countries, those bordering Ukraine, the United States, and its allies – none of them will send any diplomatic contingents to the Games as well in the event of a war in Ukraine.

That would reduce the Winter Games to a dud. They will be stripped of all the stardom. News cycles will relentlessly report on the Ukrainian crisis and Russia’s invasion of Kyiv rather than focusing on the Winter Olympics underway in China. In fact, such is the desperation of Xi Jinping, that Bloomberg quoted an anonymous Chinese diplomat as saying that it is possible Xi asked Putin in their recent call not to invade Ukraine during the Games.

Read more: Russia is bringing all its naval power to the sea, which China considers its hunting ground

The key to the success of the Beijing Winter Olympics, therefore, is in the hands of Vladimir Putin. He has once again caught Xi Jinping by surprise.