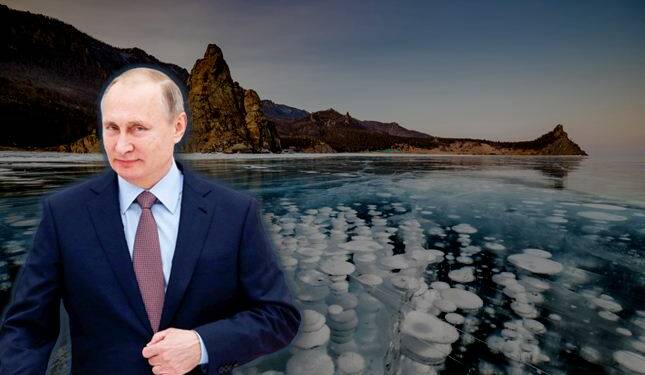 Lake Baikal is a symbol of Russia’s ecological wealth. It is a natural resource for Russia. Lake Baikal, in Siberia, stands as a pride of Russia. But the Chinese have begun polluting Lake Baikal for a long time. China started grabbing land on the banks of the lake and it started building resorts and guesthouses for Chinese tourists who began rushing to Lake Baikal in 2011, and littered their way through it. Chinese tourists are loud and have no respect for the serenity of Lake Baikal. And for their absolute contempt for the world’s largest and deepest lake, Russians began hating them.

It all really culminated with Russian patriots chasing the Chinese out of Lake Baikal and its pristine surroundings – thus reclaiming the glory of the natural water reserve. A water-bottling plant, massive logging business in the lake’s surroundings, erection of concrete jungles, pollution – the Chinese did it all. But for patriotic Russians, the water bottling plant proved to be the last straw. The Chinese subsequently became unbearable for them, and were consequently kicked out of Lake Baikal.

Baikal contains more than 20 percent of Earth’s above-ground fresh water. Surrounded by white-capped mountains, it is home to more than 2500 different species, two-thirds of which are unique to the region. China proved to be a threat to it all. Some of the animals found at Lake Baikal are reindeers, elk, Siberian roe deer, polecats, ermines, sables and wolves. Lake Baikal is also a hub for many migratory birds which traverse great distances. Now you know why Russians act overprotective of this lake – it sustains a wide array of flora and fauna.

In 2019, a Russian court ruled that a widely-condemned China-backed project to bottle water from Lake Baikal was illegal and managed to proceed only through a dodgy go-ahead from authorities. According to the petition filed before the court, the water was going to be “shipped to China,” and it also warned that the facility would block local access to the lake and “inflict irreparable damage” to the UNESCO World Heritage Site.

The ruling came after a Change.org petition against the bottling plant gathered more than a million signatures. An Instagram account dedicated to the protest drew over 167,000 followers.This really tells you how much the project angered Russians at large.

The US$21 million project was being built by AquaSib, a Russian firm owned by a Chinese company called Lake Baikal Water Industry in Daqing, which is a city in China’s Heilongjiang province. Moreover, according to AquaSib, 80 percent of the bottled water was to be exported to countries like China and South Korea.

The battle for patriotic Russians was not easy. China as always employed money and muscle power to continue its business operations at Lake Baikal. However, the Russians simply could not stand the sight of Chinese businessmen, tourists and guides. It was like China had taken over Lake Baikal; like the lake no longer belonged to Russia.

Galina Bogdanova, a former councilwoman of the village Kultuk had exclaimed at the height of protests, “We have to get the Chinese out of here!” In Siberia particularly, the people are all too aware of how notorious a country China is.

You see, during the Sino-Soviet Border War in the 1970s, many Siberians feared that China would attempt to annex Siberia.Since 2016, the movement against China in Siberia had become very pronounced. Especially in regions surrounding Lake Baikal, anti-Chinese graffiti and hoardings with broken English slogans were a common sighting. “To Save Nature is to Save the Motherland,” and “foreigners stop killing our lake” were few of the popular slogans that nationalistic Russians used in order to drive the Chinese out of their land.

China did not Respect Lake Baikal

Had China treated Lake Baikal with respect, it would not have antagonised the locals. However, China thought Lake Baikal could be converted into an industrial arena – where Chinese companies suck the lake and its associated ecology dry for financial gains. That really unsettled Russian patriots. Chinese tourists treating the lake with contempt did not come as any help either.

By signing a petition, creating an entire movement to save their lake and by raising awareness regarding China’s land-grab tendencies, Russian patriots were able to rescue the deepest and largest lake in the world from being destroyed. At heart, every Russian views China with contempt.