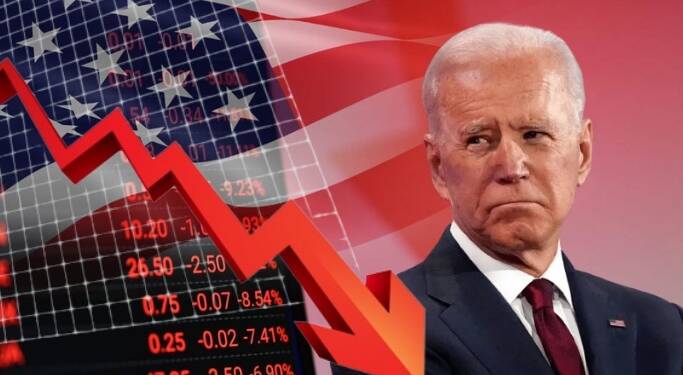 If there is one event that truly captures the story of US decline, it is the 2008 global financial crisis. Washington, D.C. lost much of its reputation after the economic crisis gripped the US and other parts of the world. Countries and financial institutions realised that it was time to look beyond the US.

But if the 2008 global financial crisis was a disaster, then a bigger catastrophe is knocking right at America’s doors. A real estate bubble is building up and this bubble is bigger than the one that bust in 2008, so you can imagine how things are shaping up.

Read more: A Chinese coverup: In June, 4% of China’s gold reserves were declared fake. Then the news magically disappeared

Presently, property prices in the US are escalating very quickly.

The increases in home sales price for the second, third, and fourth quarters of 2021 has been consistently above 17 percent. This is the highest hike recorded over a period of three quarters since 1963, the last year for which Fed’s data is available online.

Now, if this was real growth, it would have been great news. It would have meant that your asset prices were escalating quickly. But it isn’t real growth. This is simply an effect of low-interest rates and inflation. Let me explain.

Between 1980 and 2000, the US Federal Reserve maintained a tight monetary policy. The primary instrument of credit control- the Fed’s federal fund’s rate rarely went below 4 percent and frequently went over 5 percent.

But in 2001, the Federal Reserve changed its policy. After the 9/11 attacks [show planes ramming into the building], a need was felt to stimulate economic activity. So, the Fed slashed interest rates, prompting the government to spend more money with cheaper debt and also encouraging people to take more debt.

People mostly borrow for houses, because this is the biggest investment that an average American makes throughout his/ her life. So, cheaper credit allowed people to borrow more and purchase more houses. Real estate demand went through the roof. People were taking unusually high debt without any real estate growth and ultimately the market crashed in 2008.

But the Fed used the same failed policy to solve another crisis. From 2009 to 2016, the rates were kept lower than 1 percent. The idea was to put enough money in the system so that it doesn’t crash completely. But all this while the Fed was only building another bubble within the US economy.

Yes, after Trump came to power, the Federal Reserve did increase the rates. Yet, they topped 2 percent for very brief periods of time in 2018 and 2019.

And then the Pandemic hit the world in 2020. Businesses faced problems and travel restrictions hampered economic activity. So, economic activity had to be stimulated and interest rates were slashed again.

The consequence of consistently low-interest rates has been the accumulation of the biggest bubble ever seen in the US real estate market.

All that the Federal Reserve can do now is keep interests low and delay the real estate crash. But that will also increase the money supply and push inflation. It will not be manageable because high inflation has already become a big political issue in the US.

Also, if low interests continue then the real estate bubble will simply keep getting bigger and create the risk of a huge market correction a few years down the line.

In any case, be ready for a financial crisis that seems to be bigger than the 2008 real estate crash.