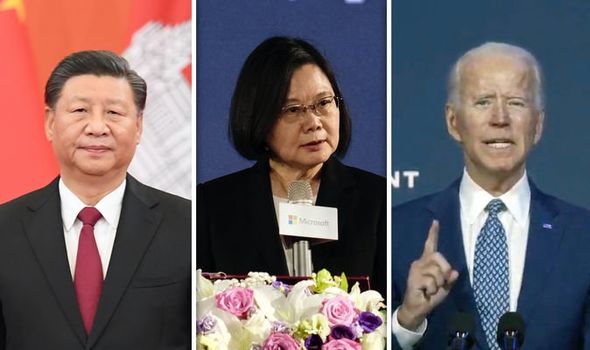 China is ready to help Biden resolve the Ukraine crisis. It is ready to help the US in Ukraine against Russia. But Xi Jinping has put a clear condition before Biden—give up on Taiwan’s sovereignty.

Given how desperate Biden is to isolate Russia, it is quite possible that he sacrifices Taiwan for Ukraine. And therefore, warning bells are about to start ringing in the Indo-Pacific.

Let us put things in the right context. On Friday, US President Joe Biden decided to hold a video call with his Chinese counterpart. His agenda? Seeking China’s cooperation on the Ukraine issue. Basically, Biden came up with a simple offer—I will go soft on China if China joins hands with the US against Russia.

So, Biden was proposing something like former President Richard Nixon’s dramatic China visit in 1972, following which the US had adopted the one-China policy in order to isolate the erstwhile Soviet Union.

And what did Xi say? Well, he brought up the issue of Taiwan. The Chinese President complained, “Some individuals in the United States are sending the wrong signals to pro-independence forces in Taiwan, and that’s very dangerous.”

Read more: ‘What is Taiwan? We only know China,’ Taiwan did not exist for the world before Coronavirus

He added, “If the Taiwan issue is not handled properly, it will have a subversive impact on the relationship between the two countries.”

Finally, Xi concluded, “[We] hope the US side will pay adequate attention” to the issue.

So, Xi’s point is simple—China will cooperate with the US in Ukraine if the US sacrifices Taiwan’s sovereignty at Beijing’s behest.

The US President gave a rather weak response to Xi’s outrageous demand. He emphasised that the US policy on Taiwan remains unchanged and Washington “continues to oppose any unilateral changes to the status quo”.

And what is the official US policy on Taiwan? Yes, you got it right—supporting Beijing’s ‘one China principle’. So, there are no signs of Biden moving towards officially recognizing Taiwan as a nation in a bid to push back against China. Also, there was no warning against any armed invasion into Taiwan, nor was there any commitment towards Taiwan’s right to self-determination and independence.

Warning bells should start ringing in the Indo-Pacific

Biden is presently moving ahead with just one agenda—vilifying Russian President Vladimir Putin and ostracizing Moscow on the world stage.

Biden would go to any extent in order to hurt Moscow amidst the ongoing Ukraine crisis. He has gone as far as reaching out to countries like Venezuela and Iran in a bid to ensure that Russia is boycotted and Putin humiliated.

Make no mistake, if Xi wants Biden to sign a treaty to rescind Taiwan’s sovereignty, it is more than likely that Biden will sign it. And this could as well give China free passage to invade Taiwan.

Biden is doing in the 2020s what Nixon had done in the 1970s. And history tells us how China became a huge bully once the Nixon administration embraced it. The same blunder is being committed all over again. So, it is time for other Indo-Pacific countries like Australia, India and Japan to chalk out a new strategy without the US and contain China’s hegemonic rise.

Modi and Kishida decide to sideline Biden in the Indo-Pacific