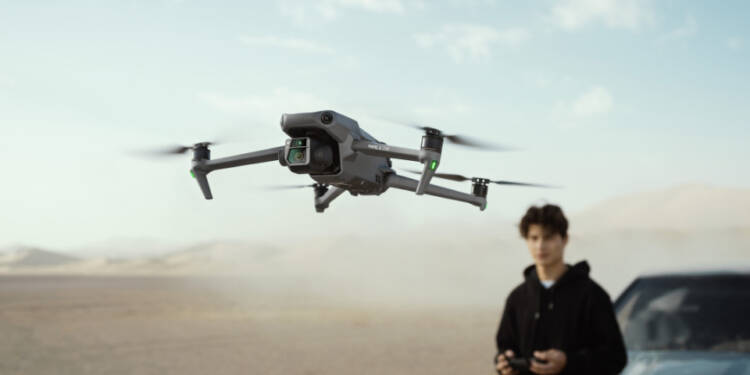 China’s dirty secrets are out. The country has the blood of Ukrainian children on its hands though it still remains in denial mode. Meanwhile, Ukraine’s Vice Prime Minister Mykhailo Fedorov has exposed the Communist country.

Mykhailo Fedorov tweeted on March 16, “In 21 days of the war, Russian troops have already killed 100 Ukrainian children. They are using DJI products in order to navigate their missile. @DJIGlobal are you sure you want to be a partner in these murders? Block your products that are helping Russia to kill the Ukrainians!”

In 21 days of the war, russian troops has already killed 100 Ukrainian children. they are using DJI products in order to navigate their missile. @DJIGlobal are you sure you want to be a partner in these murders? Block your products that are helping russia to kill the Ukrainians! pic.twitter.com/4HJcTXFxoY

You may have heard about DJI before. It is a Chinese technology company based out of China’s tech centre, Shenzhen. Presently, it is the world’s largest drones manufacturer. It does claim that its products are dedicated to civilian use. However, it is an example of China’s civil-military fusion and dual-use technologies. DJI drone systems are actually used by militaries all across the world.

Fedorov also tweeted an open letter written by him to DJI CEO Frank Wang. In the letter, Ukraine’s Vice Prime Minister wrote, “The socially responsible business always supports values of humanity, responsibility, and peace. We believe your company also shares them. Now, responsibility is the choice, the choice that defines the future. And now, more than ever, people’s lives depend on your choice.”

He added, “We call on your company to end any relationship and stop doing business in the Russian Federation until the Russian aggression in Ukraine is fully stopped and fair order is restored.”

Explaining the situation further, Fedorov alleged, “The Russian army uses an extended version of DJI AeroScope which were taken from Syria. The distance is up to 50 km.”

So, the letter seems to suggest that DJI drone systems were downgraded for Ukrainian users. This is why the Vice Prime Minister seems to be demanding that the AeroScope function is turned on for Ukrainian users. The AeroScope function is a comprehensive drone detection platform that helps real-time identification and tracking of drones. DJI says that all of its current drone systems do use this technology.

However, Fedorov’s remarks suggest that this technology has been turned off for Ukrainian users. Earlier, some reports had emerged stating that while Russian AeroScope platforms were in perfect working order, service for Ukrainian models had been downgraded, which would have meant that Ukraine was left vulnerable in drone warfare.

However, DJI denied all such reports. In a reply to Fedorov, DJI tweeted, “All DJI products are designed for civilian use and do not meet military specifications.”

It added, “The DJI AeroScope system is built into all recent DJI drones and broadcasts information about a drone in flight to AeroScope receivers. This functionality cannot be turned off.”

On the issue of grounding Russian drones in Ukraine, DJI stated, “If the Ukrainian government formally requests that DJI set up geofencing throughout Ukraine, we will arrange it according to our policy. It would apply to all DJI drones in Ukraine, no matter who is flying them, but it may not stop all flights.” It also explained why geofencing is not foolproof.

The reality remains that the West attempted to reconcile with China. However, Ukraine’s recent words highlight China’s role in the ongoing conflict, making it a pariah state.

Read more: No moral codes: China is cashing in on the conflict in West Asia with super-lethal Blowfish drones